Baby boom ahead as pandemic keeps women from family planning

Millions of women and girls globally have lost access to contraceptives, abortion services and related care because of the coronavirus pandemic. Photos: AP

Millions of women and girls globally have lost access to contraceptives and abortion services because of the coronavirus pandemic. Now the first widespread measure of the toll, says India, with its abrupt, months-long lockdown, has been hit especially hard.

Several months into the pandemic, many women now have second-trimester pregnancies because they could not find care in time.

Across 37 countries, nearly 2 million fewer women received services between January and June than in the same period last year, Marie Stopes International says in a new report - 1.3 million in India alone. The organisation expects 900,000 unintended pregnancies worldwide as a result, along with 1.5 million unsafe abortions and more than 3,000 maternal deaths.

The World Health Organisation this month said two-thirds of 103 countries surveyed between mid-May and early July reported disruptions to family planning and contraception services. The UN Population Fund warns of up to 7 million unintended pregnancies worldwide.

Lockdowns, travel restrictions, supply chain disruptions, the massive shift of health resources to combat Covid-19 and fear of infection continue to prevent many women and girls from care.

A surge in teen pregnancies was reported in Kenya, while some young women in Nairobi's Kibera slum resorted to using broken glass, sticks and pens to try to abort pregnancies, said Diana Kihima with the Women Promotion Center. Two died of their injuries, while some can no longer conceive.

In parts of West Africa, the provision of some contraceptives fell by nearly 50% compared to the same period last year, said the International Planned Parenthood Federation.

"I’ve never seen anything like this apart from countries in conflict, ” said Diana Moreka, a coordinator of the MAMA Network that connects women and girls to care across 16 African countries. Calls have increased to their hotlines, including those launched since the pandemic began in Congo, Zambia and Cameroon. More than 20,000 women have called since January. 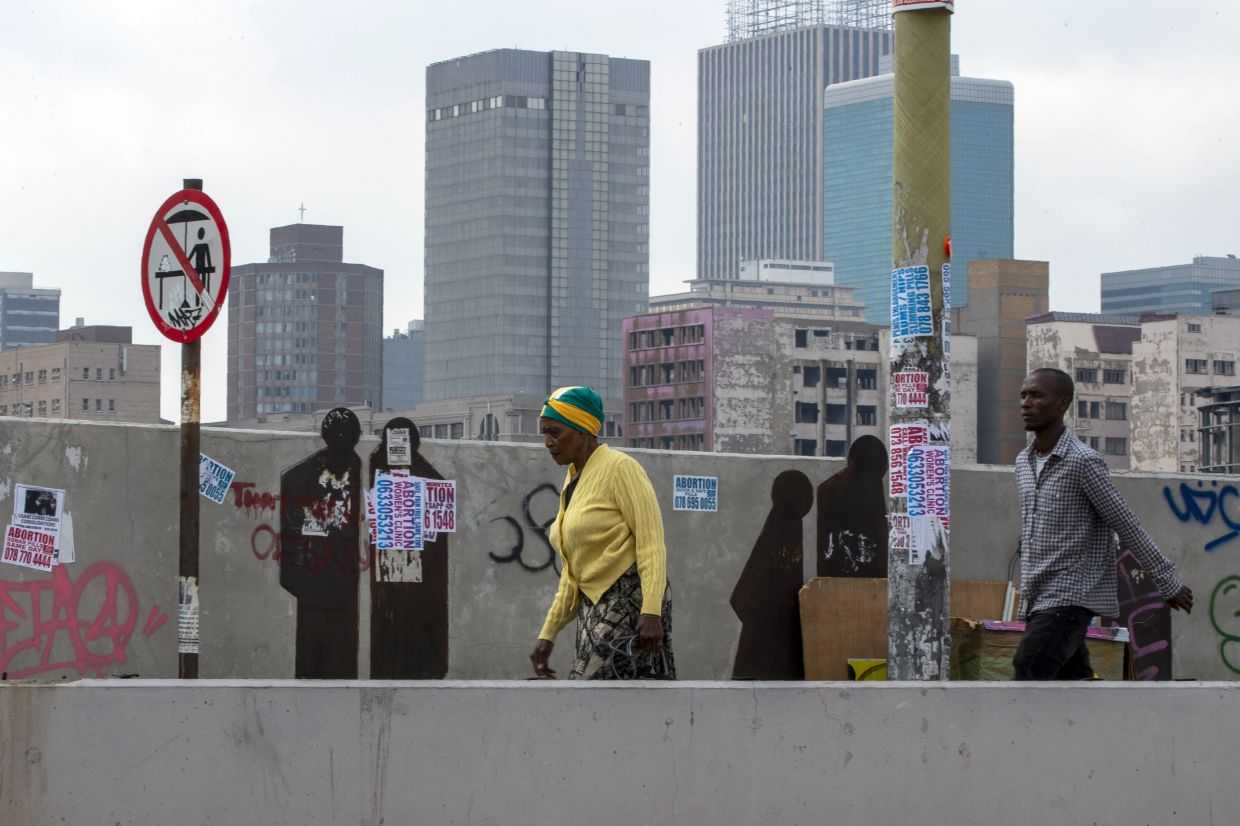 Some countries didn't deem sexual and reproductive health services as essential under lockdown, meaning women and girls were turned away.

Like others, Moreka predicts a coming baby boom. "The pandemic... has taken us many years backwards" in family planning services, she said.

Some countries didn't deem sexual and reproductive health services as essential under lockdown, meaning women and girls were turned away. Even after NGOs in Romania pressured the government to declare the services essential, many hospitals still weren’t providing abortions, said Daniela Draghici, a member of the IPPF European network's executive committee.

"The impact in some cases is like what used to happen to young women during Communism, to get an abortion from somebody who claims to be a medical provider... and pray,” she said.

In India’s megacity of Mumbai, one woman was unable to find a pregnancy testing kit after the lockdown started in March, and then couldn’t find transport to reach care in time, said Dr. Shewetangi Shinde, who attended to her in a public hospital. By then, medical abortion wasn’t an option since the pregnancy was too advanced.

India listed abortions as essential services under lockdown but many weren’t aware, said Shinde, who is part of the India Safe Abortion Youth Advocates organisation.

The pandemic has highlighted how difficult it already was for many women to safely access abortion services, said Dr. Suchitra Dalvie, a gynecologist in Mumbai and coordinator of the Asia Safe Abortion Partnership.

"All these people... the marginalised groups, the vast invisible majority. This is how life is, ” she said.

In January, India began amending laws to allow certain women to obtain abortions up to 24 weeks instead of 20. But the pandemic interrupted it.

No one expected the lockdown to continue for months, Dalvie said. Now many women face second-trimester abortions, which are more expensive and complicated, especially "because everyone who is involved needs to wear PPE.” 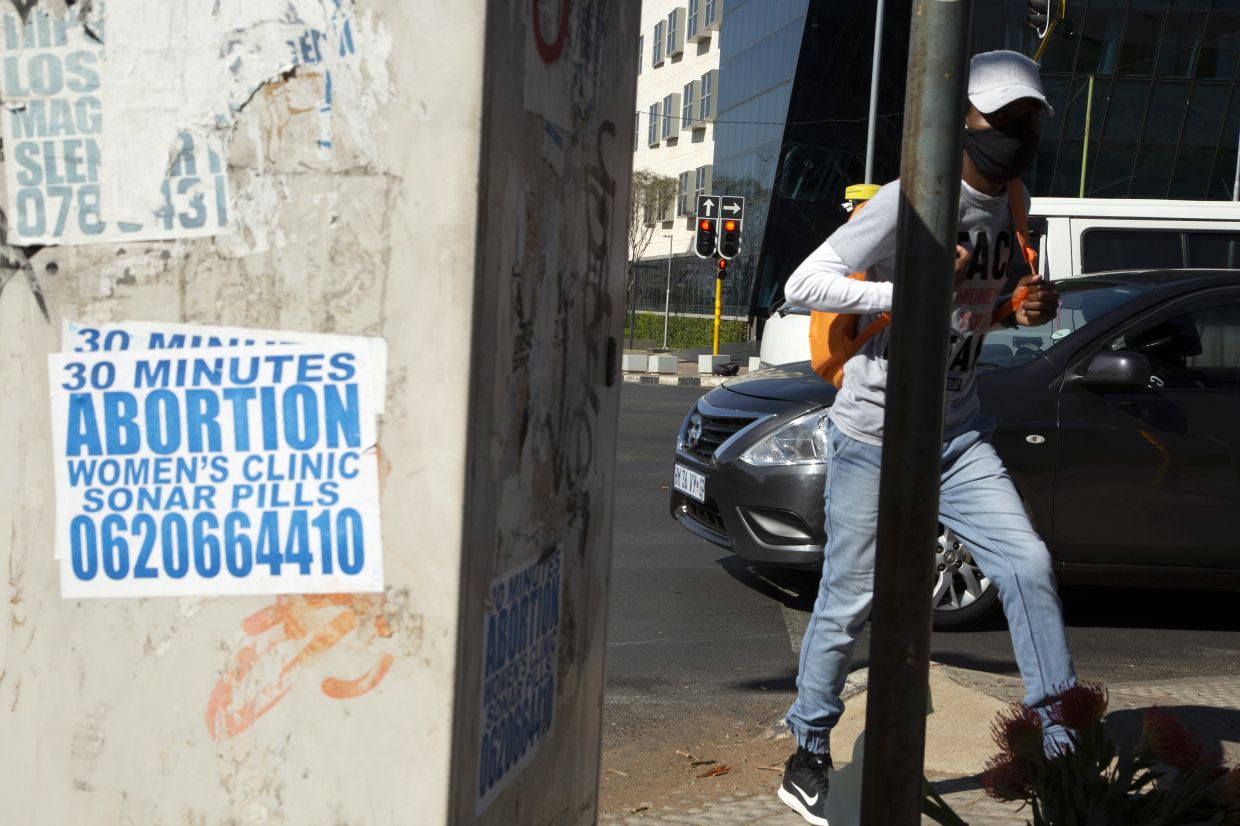 Women’s health providers have scrambled to find solutions such as telemedicine, home deliveries of contraceptives and home-based medical abortions.

Abortion access has improved in India, but the pandemic resulted in abortion pill shortages in several states surveyed by Foundation for Reproductive Health Services India. Only 1% of pharmacies in northern states like Haryana and Punjab had them, 2% in the southern state of Tamil Nadu and 6.5% in the central state of Madhya Pradesh. In Delhi it was 34%.

Some contraceptives are still delayed by supply chain disruptions, said Chris Purdy, CEO of the DKT International social marketing organisation for family planning products. Production is back online, but shipping routes are crowded and ports clogged with back orders, he said.

Meanwhile, women’s health providers have scrambled to find solutions such as telemedicine, home deliveries of contraceptives and home-based medical abortions.

But even now,"we’re hearing everywhere that numbers are down” as public health facilities struggle because thousands of staffers have been infected with the virus, said Marion Stevens, director of the South Africa-based Sexual & Reproductive Justice Coalition. Her group and others wrote to the health minister about women turned away from care.

The real global measure of lockdowns' effects will come when health ministries report annual data, experts say. But it will be incomplete. In Haiti, the health ministry reported a 74% drop in births at health facilities in May compared to the same period last year. Many women are delivering at home, but deaths there are not reported.

"Small examples can tell us a lot, ” said Nondo Ejano, coordinator for the Women’s Global Network for Reproductive Rights Africa. In Tanzania, he said, a major maternity hospital in Dar es Salaam was converted into a Covid-19 response center. "You can ask yourself, ” he said of women seeking care,"where would they go?”

At a school he visited last week in the town of Kigoma, five girls had become pregnant in the past few months. "One school. Five girls. Definitely the rate of pregnancy is up," he said.

"I feel like right now we just have a tip of the situation, and when lockdowns are lifted we will see things clearly, ” said Phonsina Archane, a coordinator of the MAMA Network. "We should prepare ourselves for that time.” - AP

Time to get serious about sexual harassment