Harrison Ford is back as Indiana Jones in what will be his final film in the role. – Photos: Walt Disney Company Malaysia

Yes, Harrison Ford is back as Indiana Jones in what will be his final film in the role. The highly anticipated fifth installment of the iconic franchise finally dropped its first trailer last night, and also got a proper name – Indiana Jones And the Dial Of Destiny.

While we still have no clue what this 'Dial Of Destiny' is, the trailer does feature plenty of Indy's most famous traits, from the aforementioned fedora hat to his trademark whip, and even a younger version of Indy, made possible by de-ageing Ford using CGI.

Ford has been digitally 'de-aged' for one of the scenes.

Directed by James Mangold (Ford v Ferrari, Logan), the film will open in cinemas on June 29, 2023. It also features a star-studded cast, including Phoebe Waller-Bridge (Fleabag) as Indy's goddaughter, Antonio Banderas, John Rhys-Davies (reprising his role as Sallah from Raiders Of The Lost Ark), and Mads Mikkelsen.

The film is also scored once more by the legendary John Williams, who has scored each Indy adventure since the original Raiders of the Lost Ark in 1981.

Watch the trailer below. 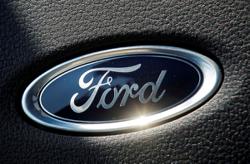