By ANNDREA A. WEBBER and QALIF ZUHAIR

The movie will go head-to-head with blockbusters such as Mat Kilau and Air Force The Movie: Selagi Bernyawa for Best Original Soundtrack.

Actor Pablo Amirul, who plays a supporting role in Air Force, expressed excitement over the success of the film.

“The fact that Air Force did RM30mil on box office is crazy. To receive 13 nominations in a prestigious awards ceremony, is a huge honour. It’s proof everyone’s hard work paid off,” he said.

Next up on the list is docu-drama Juang with 10 nominations.

Actress Sangeeta Krishnasamy, who received a Best Actress nomination for her role in Juang, told StarLifestyle that she feels proud on behalf of her team.

“I’m so honoured to be nominated again this year. But more importantly, I'm very proud of the producers, writers and all the people who worked on this film because Juang wasn’t an easy movie to make,” she said.

Juang is a movie depicting Malaysian frontliners coping with Covid-19 during the height of the pandemic. The making of Juang involved five directors, 100 actors and over 200 crew members. Sangeeta Krishnasamy tells StarLifestyle she is honoured to receive the Best Actress nomination four times in a row.When asked about her hopes for Juang in FFM32, the 37-year-old star responded that it would be the “biggest privilege” if the movie won for all the categories it is nominated in.

“Juang is a reflection of all our frontliners and everything they did for us. If we win, we will be taking the award as a representative for all the frontliners who sacrificed so much for the country,” Sangeeta explained.

A rising star in the local film industry is model-actress Alicia Amin who was nominated for Most Promising Actress for her role in The Disappearance Of Irdina Adhwa.

This is her first ever nomination for a film. Alicia Amin bags her first ever nomination for her role in 'The Disappearance Of Irdina Adhwa'."To receive a nomination is already a privilege, but the fact that it's from the most prestigious film award ceremony ... I just feel so validated and seen. Even if I don't win, it's already a huge honour to be in Top 5 with other big names," Alicia said.

The ceremony, to be hosted by Awal Ashaari and Che Puan Sarimah Ibrahim, will feature performances by Han Byul, Zainal Abidin, and Siti Nordiana among others. 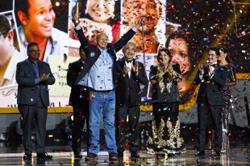 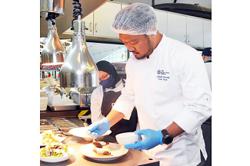