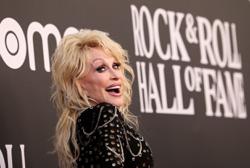 Although no full-blown tour, Dolly Parton says she will do 'special shows here and there, now and then'. Photo: AP

Dolly Parton won’t be working 9 To 5 on the road anymore.

The 10-time Grammy-winning country music icon confirmed the end of her touring career in a new interview with Pollstar magazine.

“I do not think I will ever tour again, but I do know I’ll do special shows here and there, now and then,” Parton said.

“Maybe do a long weekend of shows, or just a few shows at a festival. But I have no intention of going on a full-blown tour anymore.”

Parton last hit the road for 60 shows throughout the US and Canada in 2016 to support her Pure & Simple album.

With a slew of other business pursuits, Parton is still keeping busy.

On Nov 5, the Best Little Whorehouse In Texas star will be inducted into the Rock & Roll Hall of Fame alongside Carly Simon, Eminem, Lionel Richie and more.

On the new music front, Parton revealed plans to record another version of the Led Zeppelin classic Stairway To Heaven on a rock album she’s working on.

“I did it kind of bluegrass-style when I did it,” Parton told Pollstar of her 2002 cover of the song.

“But when I do the rock album, I’m going to actually re-record it – and do it more true to the regular record. I’m trying to see if Robert Plant might sing on it. Maybe Jimmy Page might do the pick-up part on it. I’m looking forward to dragging in some of the great classic people, girls and boys, to sing on some of the songs. I’m not far enough along to discuss who and what, but I am going to do an album.” – New York Daily News/Tribune News Service

Country singer Dolly Parton donation strategy: 'I just give from my heart' 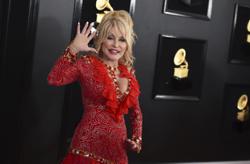