In her book, Constance Wu alleges that the producer touched her inappropriately and 'controlled her'. Photo: AP

Constance Wu has made headlines in recent weeks for accusing an unnamed Fresh Off The Boat producer of sexually harassing her on the set of the sitcom in her new memoir. But the actor wasn't initially inclined to share her traumatic experience.

"To be honest, I didn't want to write about that," she told Late Night host Seth Meyers on Monday (Oct 3).

"That was the last essay I wrote for the book, and only after being pushed by my editor – like, 'You should write about this. This is what people want to hear.' And I was like, 'I'm done with that chapter in my life.' Because all of the sexual harassment, the inappropriate touching, the telling me to wear short skirts and intimidation – that all only happened in the first two years of the show, when I was still very scared."

In her book, Making A Scene, Wu alleges that the producer touched her inappropriately and "controlled her, demanding that she run all her business matters past him and telling her what to wear," according to the New York Times.

She said while promoting her memoir last month at the Atlantic Festival that she felt betrayed by the few people who knew about the producer's alleged behaviour but continued to be friendly with him behind the scenes.

"Once I felt a little bit of job security... I started saying no to this producer – which infuriated him – but it was OK, so I thought... I could just keep it inside," Wu told Meyers.

"And as a result, I feel like I was never able to really be myself on set because I'd see my abuser being buddy-buddy with everybody else knowing what he had done to me."

She also noted that the alleged harassment occurred "before the #MeToo movement" began to shift the culture of silence around sexual misconduct in Hollywood and beyond.

"I was like, 'Nobody's gonna believe me,' " she explained.

In 2019, Wu drew harsh criticism on social media for complaining on Twitter about Fresh Off The Boat getting renewed for a sixth season. The groundbreaking ABC series starred Wu as the matriarch of the Huang family – her breakout role.

Following her Twitter outburst, many accused the Crazy Rich Asians actor of being ungrateful for the show that kickstarted her career and made major strides for Asian American representation onscreen.

Wu later apologised for her "insensitive" remarks and clarified that she was "temporarily upset" because the Fresh Off The Boat renewal conflicted with another project she was "really passionate about".

Over the summer, the Hustlers star revealed that the backlash to her tweets caused her to attempt suicide and eventually compelled her to write a book in hopes of opening "pathways to healing".

"People didn't understand the context of those tweets," Wu told Meyers. "And thank you for not making fun of it because it led me to a really dark time."

Fighting to keep her composure, Wu began to tear up while explaining on Late Night why she eventually changed her mind and went public with the sexual harassment allegations.

"I decided to include it in the in the book because I think it's important that we engage in curiosity and empathy before we go straight to judgment," she said. "Because if somebody does something out of character for them, usually something's going on in their life." – Los Angeles Times/Tribune News Service 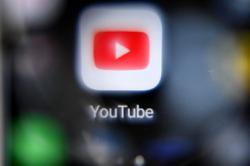