Henry Golding, star of the hit romantic comedy movie Crazy Rich Asians (2018) who used to be based in Singapore before his Hollywood career took off, is back for a visit with his family.

The Malaysian-British actor’s wife, Taiwanese model and wellness entrepreneur Liv Lo Golding, 35, posted a series of photos on Instagram on Thursday (Sept 29) of her with Golding, 35, and their one-year-old daughter Lyla having breakfast at Killiney Kopitiam at Valley Point.

Based in Los Angeles since 2020, the couple are in town to speak at the three-day Milken Institute Asia Summit, which began on Wednesday with the theme The World Transformed.

Golding – who has starred in Hollywood movies like A Simple Favor (2018), Last Christmas (2019) and Snake Eyes (2021) – also posted a series of photos and clips on Instagram of him catching up with a large group of friends at one-Michelin-starred restaurant Burnt Ends in Dempsey Road.

He wrote in the caption: “A little catch-up for old times’ sake.” – The Straits Times/Asia News Network

Horror flick 'Don't Look At The Demon' is first Malaysian film to enter US market, opening in 250 cinemas in North America

Justin Bieber's wife Hailey says she never 'stole' him from Selena Gomez: ‘I was raised better than that’ 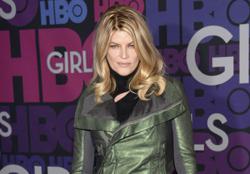