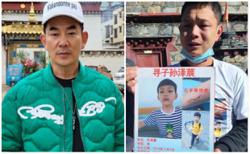 You could say this was a wedding 21 years in the making.

Hong Kong singer-actor Julian Cheung, who tied the knot with Hong Kong actress Anita Yuen in 2001, has made up for the lack of a wedding ceremony then by holding one on a Chinese reality show. The couple have a 15-year-old son, Morton.

Cheung, 51, is currently taking part in the second season of Chinese reality show Call Me By Fire as one of the returning contestants from the first season. The second season features 32 male artistes vying to be part of a boy band.

They were challenging a team led by Taiwanese singer-actor Richie Jen and performed the song Incomparable Beauty (2007).

Halfway through the performance, Cheung said: “I used to say that I hope to take a wedding photo with my wife when I am 60, but I thought, why should we wait? Today, I want to give her a wedding 10 years early.”

He then said: “Anita Yuen, you are the incomparable beauty in my heart.”

Yuen, also 51, then appeared in a wedding gown at the other side of the stage, fighting back her tears.

They were initially walking towards each other before Cheung broke into a run.

He was very emotional and could not sing the first line of the ballad after he reached his wife.

He then lifted her veil, put a symbolic ring on her finger and gave her a kiss at the urging of Fan.

The couple then bowed towards the spectators, as Yuen threw the bouquet towards them, while Cheung’s teammates flung wedding sweets into the audience.

The performance touched many spectators as well as other contestants such as Taiwanese singer Shin and Taiwanese actor Talu Wang, who were watching from backstage.

Though this is not the first time that Cheung and Yuen have had a “make-up wedding”, Call Me By Fire trended on Chinese social media after the episode aired.

However, there were some netizens who felt that Cheung should not have mixed a public performance with a personal matter.

Some netizens believed the wedding eventually helped the team to top the final rankings and beat Jen’s team.

As a result, Chinese actor Johnny Zhang and Chinese singer Hao Yun – two members of Jen’s team – were eliminated in this round, as they were ranked the lowest in the “Most Favourite” list chosen by fans. – The Straits Times/Asia News Network

Justin Bieber's wife Hailey says she never 'stole' him from Selena Gomez: ‘I was raised better than that’ 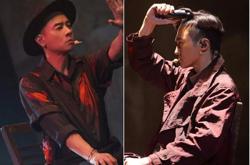