Mark Hamill, who played Luke Skywalker in the 'Star Wars' film series, announced Sept 29, 2022 his support for a fundraising drive to buy drones for Ukraine as it battles 'the evil empire'. Photo: AFP

Mark Hamill, who played Luke Skywalker in the Star Wars film series, announced Thursday (Sept 29) his support for a fundraising drive to buy drones for Ukraine as it battles "the evil empire".

The actor, who as Skywalker used his X-wing spacecraft to disrupt the diabolical "Galactic Empire", will specifically spearhead a project to provide drones to the Ukrainian army.

"I know for certain that Ukrainians need drones to protect their land, their freedom and the values of the entire democratic world," Hamill said in a statement.

"Right now is the best time for everyone to come together and help Ukraine stand up in this war with the evil empire."

The "Army of Drones" project acquires remote-controlled flying drones, and funds their maintenance and pilot training, in order for the Ukrainian army to "constantly monitor the 2,470-kilometre-long frontline and provide an effective response to enemy attacks", according to its website.

The Ukrainian military has received almost 1,000 drones via the programme, which also allows people to donate their own drones as well as cash.

Zelensky earlier posted on his Telegram account photos of himself on a video call with Hamill, with a caption describing the actor's "difficult yet very important mission". 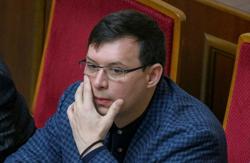 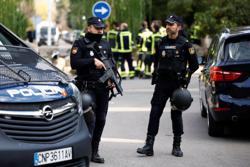