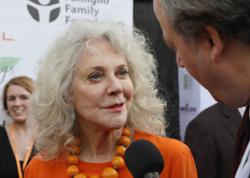 Gwyneth Paltrow has lately stepped away from the entertainment industry, choosing to focus on Goop, which has grown from a newsletter to a retail company in the last 14 years. Photo: Handout

American actress and entrepreneur Gwyneth Paltrow, who turns 50 on Tuesday (Sept 27), marked the milestone with a bikini shot – along with a sombre essay about her life so far, and her hopes moving forward.

In the black-and-white photo posted on Instagram last Thursday (Sept 22), Paltrow is seen smiling as she jumps in the air, clad in a bikini.

The post received more than 121,000 likes, with many of the comments responding to the accompanying essay, which was posted as a separate blog due to its length.

Writing on the website of Goop, the lifestyle company she founded in 2008, Paltrow admitted to feeling that “no sense of time (has) passed”.

However, despite her enviable beach-ready body, she noted that it was “less timeless”, showing scars and wrinkles.

“(But) while I do what I can to strive for good health and longevity, to stave off weakening muscles and receding bone, I have a mantra I insert into those reckless thoughts that try to derail me: I accept. I accept the marks and the loosening skin, the wrinkles. I accept my body and let go of the need to be perfect,” she said.

The Oscar-winning star also took the time to meditate on her relationships; acknowledging: “I have hurt people, never intentionally, but I have done so just the same. I have let people down by not being who they needed me to be. I have betrayed myself to keep the peace.”

But she added that moving forward, she wanted to “hold (herself) to a higher standard of compassion”.

Paltrow has lately stepped away from the entertainment industry, choosing to focus on Goop, which has grown from a newsletter to a retail company in the last 14 years.

Her most recent acting appearance was in the Netflix comedy-drama The Politician (2019 to 2020), which was co-created by her husband Brad Falchuk.