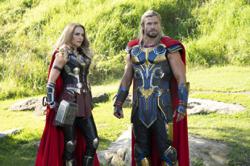 Fans of Chris Hemsworth and Natalie Portman will have to wait a little longer to watch 'Thor: Love And Thunder' in Malaysia. Photo: Handout

Malaysian fans of Thor will have to wait just a bit longer for the release of the latest Marvel flick, Thor: Love And Thunder.

Initially slated for release on July 7, the fourth instalment to the Thor franchise has been postponed to July 21 in Malaysia.

According to a social media post by GSC today (July 1), Thor: Love And Thunder has been postponed to the new date by the movie distributor itself, The Walt Disney Company (Malaysia) Sdn Bhd.

"Please be informed that the release date for Marvel Studio’s Thor: Love And Thunder in Malaysia has been postponed to 21 July 2022 by Disney,” GSC wrote.

The cinema operator added that those who have purchased advance tickets to the movie will be fully refunded.

TGV Cinemas also posted on Instagram about the postponement of the movie starring Chris Hemsworth as the God of Thunder.

"Breaking News: @DisneyStudios Malaysia has confirmed that the release of #ThorLoveandThunder in Malaysia is now postponed to 21 July 2022," TGV stated.

Needless to say, fans are upset with the news of the delay.

"It's not fair that other country can see it earlier than us. The spoilers will be out in a day,"@gurustrange42 wrote on Instagram.

"By the time we get to watch, the whole story, post credit scenes are all online already," @kamsao wrote.

"Why? What's wrong with it? Can someone explain to me the reason behind this," @dmnimn10 wrote.

When contacted, Disney Malaysia confirmed the postponement of Thor: Love And Thunder to July 21. As to the reason why, a representative from Disney Malaysia told The Star: "We are not able to comment any further."

Directed by Taika Waititi and starring Hemsworth, Natalie Portman and Christian Bale, Thor: Love And Thunder premieres in the United States and most countries around the world on July 8.

This is the latest controversy for Disney in Malaysia in the past few weeks. In mid June, the company decided not to release the animated feature Lightyear in the country.

According to Malaysian Film Censorship Board (LPF), Disney decided to pull out from screening the movie after refusing to comply with certain conditions, including removing certain parts which promote the LGBT lifestyle. 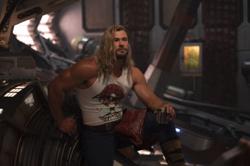