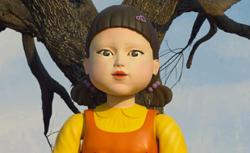 'Squid Game' series creator Hwang Dong-hyuk predicts the next batch of episodes won't be ready for release until the end of 2023 at the earliest. – Photo: Netflix

Squid Game is coming back to Netflix for a second season, but fans of the smash hit drama series are going to have to wait well over a year for new episodes.

Series creator Hwang Dong-hyuk told Vanity Fair that he predicts the next batch of episodes won't be ready for release until the end of 2023 at the earliest. A Season 2 release in 2024 is also in the realm of possibility.

Vanity Fair added in its report: "(Hwang) only has about three pages' worth of ideas that he plans to turn into a script, so there isn't much he can say (about Season 2) except that there will be more games."

"Humanity is going to be put to a test through those games once again," Hwang vaguely teased of the next season. "I want to ask the question, 'Is true solidarity between humans possible?'"

Squid Game debuted last fall to record-breaking numbers on Netflix. The show's first season is the most-watched Netflix original in the streamer's history. After months of speculation over whether or not the show would get a second season, Netflix officially confirmed in January that Season 2 would move forward. Netflix CEO Ted Sarandos told press, "Absolutely. The Squid Game universe has just begun."

Netflix paid US$21.4mil for the first season of Squid Game and has estimated the series will deliver US$891mil in what it calls "impact value," per confidential internal data that was leaked to Bloomberg. – Reuters 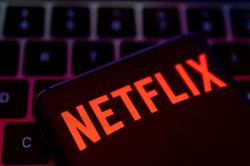 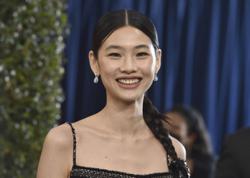