While Charlene Choi did not disclose who it was, netizens have pointed the finger at Hong Kong singer Steven Cheung. – Photo: Charlene Choi/Weibo

Hong Kong singer-actress Charlene Choi has disclosed that she broke off ties with a friend after learning that he had lied to her in order to borrow money.

In a recent interview on Chinese variety show Duality Of Her, Choi, 39, said she went to withdraw money from the bank after the unnamed celebrity told her that he had some financial difficulties. 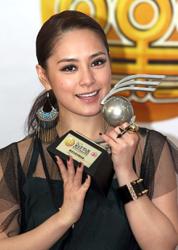 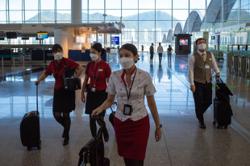 That #Gentleminions TikTok trend is driving movie theatres bananas
'Cheer' star Jerry Harris sentenced to 12 years in prison for sex crimes
Bullying allegations against Nam Joo-hyuk disputed by former students, teachers
Three disputed Michael Jackson songs pulled from streaming sites
'Mat Kilau' is the No.1 Malaysian film of all-time, earning RM53mil in 13 days
Aiman Hakim Ridza was told not to look at Park Seo-joon's performance for Malaysian remake of 'She Was Pretty' but he had to
Guitarist Santana collapses on stage after he 'forgot to eat and drink water'
Victoria Beckham on the media's obsession with her weight
Ex-TVB star Fala Chen making presence felt in Hollywood
Kristin Chenoweth shares the health issue she thought would end her career