BTS members Jin, RM, Jungkook, J-Hope, Suga, V and Jimin made a surprise appearance during the 94th Academy Awards to celebrate some of their favourite Pixar and Disney movies, including Oscar winner Coco and the Will Smith-starring live-action Aladdin movie.

Jimin cited Coco as one of his favourites, to which RM added: "It's a real masterpiece. I watched it three times and I cried a lot."

While RM said he did not cry watching Coco, he did give a shout out to Smith for the live-action Aladdin movie that grossed more than US$1bil (RM4.2bil) worldwide in 2019.

BTS' appearance came during the Oscar telecast after Disney won a couple prizes at the ceremony.

BTS favourite Coco won two Oscars at the 2018 ceremony, including animated feature and original song for Remember Me. 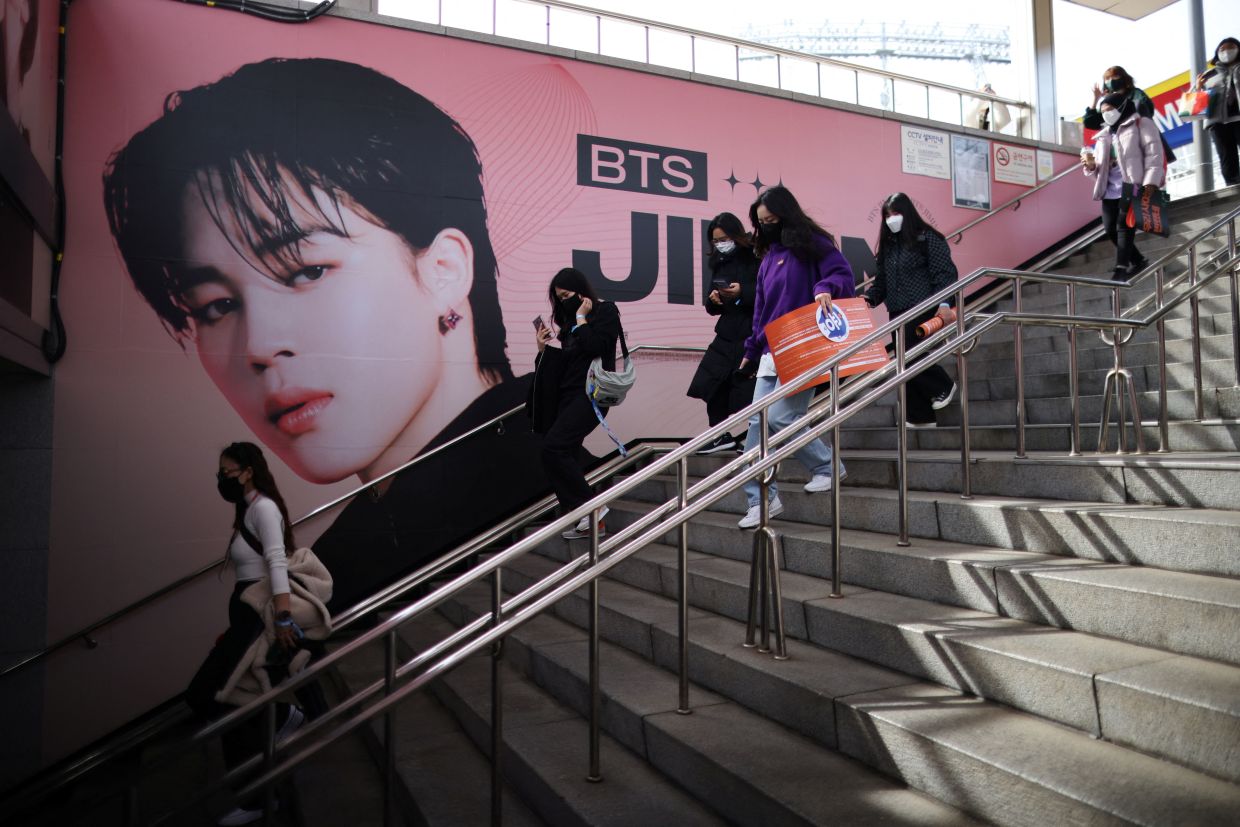 Earlier this month, BTS made headlines in the movie world as their concert movie BTS Permission To Dance On Stage: Seoul raked in US$32.6mil (RM137.26mil) from 3,711 cinemas in 75 worldwide theatrical markets.

The film played in a one-night-only event courtesy of HYBE and Trafalgar Releasing.

Making those ticket sales more impressive, BTS Permission To Dance on Stage managed to crack the top five on domestic box office charts, despite playing in fewer than 1,000 locations Trafalgar Releasing CEO Marc Allenby celebrated the BTS film's success in a statement that read: "It's a testament to both the overwhelmingly dedicated fandom of the ARMY and the overall return to cinemas on a global scale." – Reuters