Wonder Woman actress Gal Gadot, who made a video with other Hollywood stars singing Imagine at the start of the pandemic, says it was in poor taste.

The celebrity-studded clip featured Gadot and others such as Jamie Dornan, Kristen Wiig, Natalie Portman, Jimmy Fallon and Will Ferrell each singing a line from John Lennon's 1971 hit, Imagine.

The stunt went viral for all the wrong reasons and was widely mocked on social media for being tone deaf, out of touch and cringe inducing when Gadot, 36, shared it on Instagram in March 2020.

In the latest issue of InStyle magazine, which she appears on the cover, Gadot said she had "all pure intentions, but sometimes you don't hit the bullseye".

The Israeli actress continued: "I was calling Kristen and I was like, 'Listen, I want to do this thing'. The pandemic was in Europe and Israel before it came (to the United States) in the same way. I was seeing where everything was headed.

The video, which has more than 10 million views, has been attracting fresh attention since her interview and netizens now seem to have warmed to it.

A recent commenter on the video wrote: "It's sad that we live in a world where people have nothing but negative opinions on something that was done for good. I loved the video and think it was a beautiful idea." – The Straits Times/Asia News Network

Gal Gadot really loves going through childbirth: ‘I’d do it once a week if I could’ 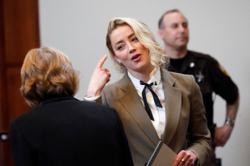