Jennifer Lawrence attends the world premiere of 'Don't Look Up' at Jazz at Lincoln Center on Dec 5, 2021, in New York. Photo: AP

"We'd all been wanting to get the message out there about the climate crisis, and Adam really cracked the code with creating this narrative," DiCaprio told reporters on Sunday (Dec 5) at the film's premiere at The Jazz at Lincoln Center in New York.

"We all wanted to be a part of a movie that, from an artistic standpoint, I think shifted the paradigm and made us start having conversations hopefully in a different type of way."

Jennifer Lawrence said that one of her biggest "personal" struggles while filming was losing a tooth.

"I lost a tooth pretty early in the filming," Lawrence said, adding that one of her veneers fell off.

"And I couldn't go to the dentist until the end of the movie, so I had to film most of the movie toothless."

Don't Look Up explores how a life-altering event can become politicised by government officials and media personalities, which McKay said coincidentally ended up reflecting the politics of the Covid-19 pandemic.

"I mean, it was a total coincidence," McKay told Variety. "I wrote the script before Covid, but at the same time, it wasn't surprising. You look at where our country's going, and to some degree, everything is politicised.

"In a lot of ways, we've lost that unifying spirit we used to have."

In order to make the science feel as real as possible, McKay enlisted astronomer Dr. Amy Mainzer as the film's official science advisor.

"The important message to take away from this movie is that all is not lost, it is not hopeless," Mainzer said.

"Climate change can be tackled, we just have to do the basic legwork to get the job done." – Reuters 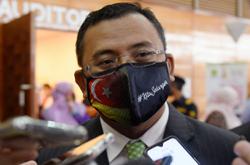