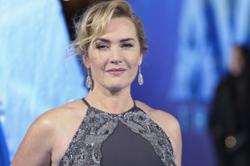 Jennifer Lawrence will join other big names in the Longines family of ambassadors. Photo: Longines

In the entertainment industry, Jennifer Lawrence is a force to be reckoned with. The Academy Award-winning actress has claimed the highest accolades in an astonishingly broad range of roles.

Her latest achievement however, is the appointment by Longines as an ambassador.

She will join other stars like actors Kate Winslet, Rege-Jean Page and Eddie Peng, as well as singer Suzy, plus lots more.

Lawrence is looking forward to her partnership with the Swiss watchmaker.

“Longines is rooted in a legacy of innovation and quality trusted by some of history’s greatest trailblazers. I am thrilled to join the Longines family and look forward to our partnership in the years ahead!” she says, in her press statement.

Lawrence continued: “Longines has long been synonymous with timeless elegance, which to me, can be defined as a quiet powerfulness met with grace and confidence. And as a native Kentuckian, I’ve always associated Longines with the Derby and the embodiment of tradition.”

Matthias Breschan, Longines’ CEO, is also thrilled to have the actress joined the “family”.

“Jennifer has the ability to imbue every character she plays with reality and authenticity, and off-screen, this translates into an elegance that is both natural and relatable,” he comments.

“She is an inspiration to girls and women of all ages and we are proud to welcome her to the Longines family.”

Rightly so, as Lawrence is considered one of the world’s most captivating actresses.

With her portrayal of teenage heroine Katniss Everdeen in The Hunger Games in 2012, she established herself as a global star and since then, she has amassed a body of work that has garnered an Academy Award and three additional nominations, a Bafta, two Screen Actors Guild Awards, and three Golden Globes.

She has also appeared on Time Magazine’s list of the “100 Most Influential” people in the world.

Although her performances in The Hunger Games films and such contemporary masterpieces as Silver Linings Playbook and American Hustle have made her a household name, Lawrence is much more than a film star.

In 2018, she established her own production company, Excellent Cadaver, under which she produced her latest film, Causeway, and off screen, Lawrence is a passionate advocate for gender equality, and is on the board of Represent.us, a non-partisan organisation in the US working to pass powerful anti-corruption laws.

Read more: Who is George Daniels and why did his watch sell for over US$4mil?

She is also a known face in fashion and beauty.

She has been fronting French fashion house Dior since 2012. Since then, she also appeared in Dior beauty campaigns to promote its makeup collections.

With her unique take on elegance, her empathy and compassion, and her ability to inhabit every role, on- and off-screen, with refreshing honesty and authenticity, Lawrence will continue to be regarded as an inspiring figure – both in the cinematic world and within the style industry.

Out of this world! Astronaut Wally Schirra's watch sells for over US$1.9mil

The often-divisive ballet flat has the fashion world at its feet
As luxury watchmaking booms, Gen-Z buyers find time in second-hand timepieces
Why mushrooms are the new anti-ageing allies of your beauty routine
More chic than geek? How fashion is changing wearables to be more stylish
No pants, no problem? How Kendall Jenner started the 'no pants' fashion trend
Why it's time to ditch the straighteners and embrace 'bedhead hair'
Worried about hair loss? Maybe it would be better to quit sugary drinks
How fashion accessories are finding a new role in the age of social media
Emily Cooper versus Wednesday Addams: Who is the ultimate fashion icon?
How fast fashion brands are trying to change public perception via social media