He is one of the latest seasoned Korean actors to start Instagram accounts.. Photo: Google

His agency shared this information on Wednesday (Dec 1) to Korean media, adding that the agency will be managing the account directly.

It stated: “We opened an official Instagram account to convey the daily life of the actor Gong Yoo to all the fans.”

The very first post happens to be a photo of a squid on a plate. Could it be a reference to his cameo in the series, Squid Game?

Gong Yoo is the latest seasoned Korean actor to start an official Instagram account; others in the list include Lee Jung-jae and Park Hae-soo – the main stars of Squid Game.

On the career front, the 42-year-old is starring in the new Netflix series The Silent Sea, set to premiere on Dec 24.

This would mark his return to the small screen since his last appearance on TV as a regular cast member in the 2016 hit K-drama Goblin. 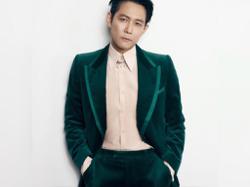