The 2019 smash-hit rom-com 'Crash Landing Into You', starring Hyun Bin and Son Ye-jin, will get a Hollywood remake. Photo: Handout

A slew of South Korean hit TV series, like the romantic comedy Crash Landing On You, will be remade in the United States amid the expanding worldwide reception for Korean-made content led by the sensation Squid Game.

The 2019 smash-hit rom-com, starring Hyun Bin and Son Ye-jin, will get a Hollywood remake, reportedly co-planned and developed by Studio Dragon, the production studio of the original, and Netflix, Yonhap news agency reported.

The 16-episode Crash Landing On You, which aired simultaneously on the South Korean cable channel tvN and Netflix in late 2019, is about star-crossed lovers from two Koreas, depicting the political and geographical division on the Korean Peninsula.

It became one of the most popular South Korean TV series in recent years, marking the highest viewership for the cable channel's drama series.

It also topped the most-viewed Netflix charts in many Asian regions, including Japan.

Studio Dragon earlier said it has plans to produce a US remake of the popular fantasy romance drama Hotel Del Luna (2019) in collaboration with Skydance TV.

The original series revolves around an elite hotel owner and manager of the namesake hotel only for ghosts, starring singer-actress IU and actor Yeo Jin-goo.

It was one of the highest-rated Korean dramas on cable channels in that year.

Moreover, a US remake of MBC TV's 2016 popular fantasy thriller W: Two Worlds Apart, featuring a young surgeon's adventure into a webtoon universe to look for her missing father, will be developed and produced by the CW, an American TV network.

Titled Angel City, the English-language version will be produced by Craig Plestis, who is behind the success of the US edition of the Korean competition singing show, The Masked Singer, on Fox, according to a US media outlet.

With Starling Television as producer, Korean American Actor Ma Dong-seok, also known as Don Lee, will take the lead role in The Club.

The recent boom in US remakes of Korean TV series came as Korean shows, like Squid Game, have been increasingly making their presence felt not only in Asia but also in North America and Europe thanks to global streaming platforms, like Netflix. – Bernama 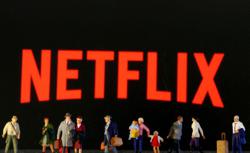