Singer Adam Levine explains his reaction to a fan grabbing him in viral video: 'I was really startled' 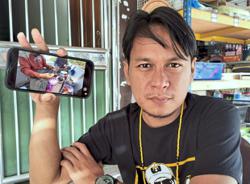 The Maroon 5 frontrunner has a surprised look on his face and shakes off the encounter – then mouths an expletive as he walks away. Photo: Adam Levine/Instagram

Adam Levine is speaking out about his reaction to a fan who jumped on stage during the his Hollywood Bowl performance over the weekend (Oct 23) that went viral.

In the TikTok video by user Luis Penaloza, that's been watched over 9 million times as of Wednesday (Oct 27), a woman can be seen grabbing Levine's arm and hugging him before she's escorted away by security. The Maroon 5 frontrunner has a surprised look on his face and shakes off the encounter – then mouths an expletive as he walks away.

Fans on social media were split about his response with some saying they were put off by his reaction and he needed to "humble" himself, while others defended the artiste noting that celebrities are allowed to have boundaries.

"I get it, but he doesn't have to act disgusted by her. Like those are his fans that keep him relevant. Still a huge fan tho (sic)," commented TikTok user @gavzona while another user remarked "he acted like a child."

Levine took to Instagram Stories Tuesday to address the incident and explained his appreciation for the band's fans.

"I have always been someone that loves, respects, worships our fans. Without our fans, we don't have a job. I say that all the time to our fans," Levine said.

"To think that anyone would believe that I thought our fans were beneath us or less than us makes my stomach turn. That's just not who I am."

Then, the Sunday Morning singer explained his irritated reaction was due to him being caught off guard by the situation.

"So I just need you guys to know, I was really startled and sometimes when you're startled, you have to shake it off and move on because I'm doing my job up there," Levine said.

"It's what I pride myself on so I need to let you guys know what my heart is and my heart is that connection that exists between the band performing on stage and the fans. I hope that we can all understand that."

Some fans came to the singer's defense on social media after the incident.

" Adam Levine wasn't being an (expletive), and he doesn't need to 'humble himself.' His reaction was totally normal and valid for someone who was nonconsensually touched by a stranger that broke both venue rules and personal boundaries during a set. Consent matters in ALL situations," tweeted @ReaderUnnatural.

TikTok user @supermandy.77 commented: "She grabbed him. He was visibly uncomfortable. He's HUMAN, personal space is a basic right. You can't tell me you wouldn't feel 'icky' if someone grabbed you without your permission. Expecting celebrities to be above others is unfair and unnecessary." – USA Today/Tribune News Service 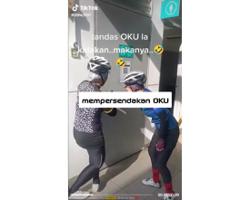 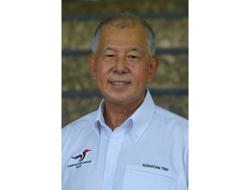