US comedian Howie Mandel rushed to hospital after fainting outside Starbucks 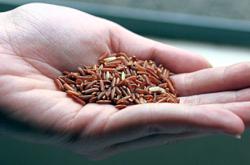 Howie Mandel was not hurt by his fall and was able to sit up by the time paramedics arrived. Photo: AFP

Howie Mandel did not expect to leave his local Starbucks in an ambulance after getting his coffee. The comedian and his wife had planned to meet up with some friends on Oct 13 at the coffee place in Woodland Hills, Los Angeles when he suddenly fainted and fell over.

Those present had helped lay him down on a bench while paramedics rushed to the scene. Mandel did not look physically hurt and was able to sit up by the time the ambulance arrived. However, he was still taken to the hospital for medical check-up.

Mandel took to Twitter later that day to provide an update. Turns out the fall had been caused by dehydration and low blood sugar.

"I am home and doing better. I was dehydrated and had low blood sugar. I appreciate the great doctors and nurses that took such good care of me. Thank you everyone who reached out but I am doing OK!" he wrote.

This scare follows Mandel's appearance on The Ellen DeGeneres Show on Oct 12 where he spoke about his health. During the show, he was asked if he worked out, to which the America's Got Talent judge replied: "Well, I walk... I think that's a sign of getting old."

He continued to joke that someone young would never call up a friend and ask if they wanted to go for a walk. Host DeGeneres also pointed out that Mandel had made the most appearances on her show since its debut in 2003. 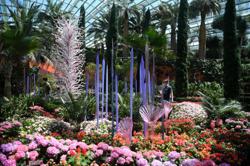