Andrea Martin, the singer-songwriter from Brooklyn, New York, United States whose collaborations with some of R&B’s biggest names soared up the music charts, died Monday (Sept 27), according to an announcement on her Instagram page.

“Andrea will always be remembered for her passion and dedication to her family and friends,” read Monday night’s announcement. “Her impact will continue to be felt and heard for a lifetime.”

A cause of death has not been released.

Martin was a writer on popular 1990s songs including En Vogue’s Don’t Let Go (Love), Monica’s Before You Walk Out Of My Life and SWV’s You’re the One, which all claimed the top spot on Billboard’s R&B chart.

Each of those hits also reached the top 10 on the Billboard Hot 100 chart, with Don’t Let Go (Love) rising all the way to No. 2.

After establishing herself as a songwriter, Martin came out with her debut album as a singer, The Best Of Me, in 1998.

“I’d go into these recording companies and I’d say, ‘Here’s five songs and, by the way, did I tell you I want to be an artiste?” Martin told the Daily News in 1999.

Martin also earned writing credits for Tony Braxton’s I Love Me Some Him, Leona Lewis’ Better In Time and Jennifer Hudson’s I Still Love You.

Her death was mourned by many of the artists she worked with.

"Before You Walk Out Of My Life has always had a special place in my heart,” Monica tweeted. “Now it has a deeper meaning for the incredibly talented songwriter. Rest well Andrea Martin. We love you always.”

Lewis, meanwhile, wrote on Instagram that she is “deeply saddened that such a light has been lost.” 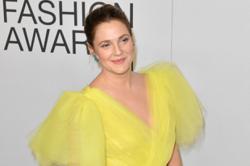 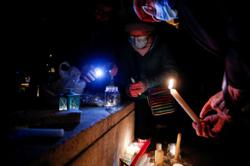