Sarah Harding, member of the British pop group Girls Aloud, died on Sunday morning of breast cancer. She was 39.

Harding's mother announced her death on her Instagram page, along with a heartfelt message.

"It's with deep heartbreak that today I'm sharing the news that my beautiful daughter Sarah has sadly passed away. Many of you will know of Sarah's battle with cancer and that she fought so strongly from her diagnosis until her last day. She slipped away peacefully this morning," Hardman wrote.

"I'd like to thank everyone for their kind support over the past year. It meant the world to Sarah and it gave her great strength and comfort to know she was loved. I know she won't want to be remembered for her fight against this terrible disease - she was a bright shining star and I hope that's how she can be remembered instead."

Harding first shared her breast cancer diagnosis in August 2020, and in March 2021, said that the cancer had become terminal.

Harding rose to fame in 2002 when she auditioned for the ITV reality series Popstars: The Rivals. Harding ended up winning a spot in the group Girls Aloud, along with Cheryl Cole, Nadine Coyle, Nicola Roberts and Kimberley Walsh. Together, the group released four No. 1 singles and 20 top 10 singles in the U.K. and six platinum-certified albums. In 2009, they won a BRIT Award for best single for their song The Promise.

Harding also pursued acting, starring in films such as Bad Day, Freefall, Run For Your Wife"and St. Trinian's 2: The Legend of Fritton's Gold. She also made an appearance in the British soap opera "Coronation Street." Girls Aloud reunited for their 10th anniversary in 2012, but announced that they had disbanding in 2013. 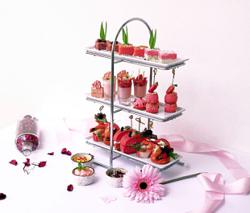 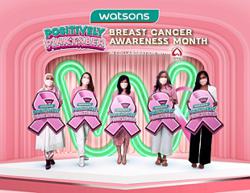