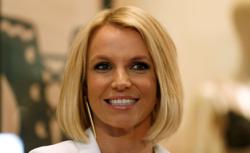 Britney Spears did it again – this time in a scathing petition.

The pop star and her new lawyer blasted her dad Monday (July 26) in the critical and long-awaited filing seen as a precursor to the court actually ruling on her request to fire Jamie Spears from his role managing her US$60mil fortune.

In the formal petition asking for the “suspension and removal” of Jamie as conservator of Britney’s estate, the singer’s new lawyer Mathew Rosengart said his client has been living in a “Kafkaesque nightmare” that has left her “traumatised” while lining Jamie’s pockets.

Rosengart says that since at least 2009, Jamie has been paying himself US$16,000 a month from the estate – which is US$2,000 more each month than he allots his daughter.

Jamie also receives US$2,000 per month for office expenses, employs a team of lawyers charging millions in fees and pays himself “a share of the revenues generated by Ms. Spears’ performances”.

The filing claims Jamie’s cut from Britney’s Las Vegas residency “is estimated to be at least US$2.1mil", and that he yielded an estimated US$500,000 from her 2011 Femme Fatale tour.

“Although it is common for managers, agents, and other industry professionals to receive a percentage of an artistes’ earnings, Mr. Spears is none of those. He is a conservator and, as a conservator, his role is to be burdened by, rather than benefit from, the conservatorship,” Rosengart wrote.

“Mr. Spears is not a professional business or financial manager. In fact, the Spears family struggled financially under his leadership and filed for bankruptcy in 1998,” he wrote.

But alleged misconduct aside, Rosengart said his client is so “fearful” of her father, his role in her life has left her feeling “traumatised,” unable to sleep and on the verge of tears every day.

“The venomous nature of this relationship makes Mr. Spears’s prompt removal under (the law) inexorable, as it is detrimental to the wellbeing of the very person the conservatorship is supposed to protect,” Rosegart wrote in the 127-page filing obtained by the Daily News.

“Indeed, far from benefiting Ms. Spears, as she herself has testified, it impairs Ms. Spears’s mental health, her well-being, and her ability to pursue and continue with her extraordinary career,” he wrote.

Rosengart said Jamie is “obligated to accommodate Ms. Spears’s request that he step aside and let a professional take over his current post”, and if he fights such a move, he should be on the hook for his legal expenses, not the estate.

Jamie and his lawyers have previously defended his work in court filings, arguing he pulled Britney’s finances back from the brink of collapse and oversaw her reunification with her two minor sons and triumphant return to the stage after the involuntary hospitalisations in 2008 that led to the start of the conservatorship.

In a stunning statement to the court on June 23, Britney told Los Angeles County Judge Brenda Penny that she considers the conservatorship “abusive” and wants it to end.

Rosengart wrote Monday that the removal of Jamie is an important first step on that path.

Mom Lynne Spears backed the petition too, saying she’s watched Jamie exercise “absolutely microscopic control” over their daughter, relying on medical aides, household staff and her security detail to “report back to him each and every detail” of her life.

“Such scrutiny is exhausting and terrifying, like living in custody,” Lynne wrote in a signed statement. “It is clear to me that (Jamie) is incapable of putting my daughter’s interests ahead of his own on both a professional and a personal level.” 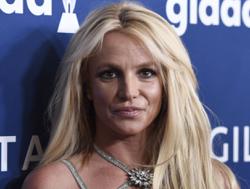 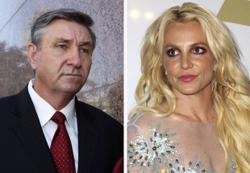