Hang out with the cast of 'So Not Worth It' for some laughs. Photos: Netflix

It's a universal thing for young people to agonise about their future, more so the current generation.

Wanting to convey a word of encouragement to the youngsters, producer Kwon Ik-joon came up with new K-sitcom So Not Worth It (available on Netflix).

“We hear about the troubles and the challenges that young people go through these days in Korea. They’re afraid of the uncertainty and worried about the unforeseeable future. I really feel for them, ” Kwon shared during a virtual press conference that StarLifestyle was invited to.

“So Not Worth It started out from my hope that they would just forget about tomorrow and, live and enjoy today.

“The message we want to give them is even if life were to end tomorrow, they should live hard and play hard so they have no regrets, ” he elaborated.

The sitcom revolves around a group of international students living at a hostel while attending a college in Seoul, South Korea.

Even though they are from various backgrounds, these youngsters find many commonalities as they go through life.

The series stars eight young actors comprising Koreans namely Park Se-wan, Shin Hyeon-seung, Choi Young-jae (of K-pop group Got7) and Han Hyun-min, as well as performers from other parts of the world who are based in South Korea including Minnie (from the girl group (G)I-DLE) from Thailand, Joakim Sorensen from Sweden and Americans Carson Allen and Terris Brown.

Except for Park and Allen, most of the cast members are pretty much new to acting. Han, who is African and Korean descent, is a model.

To ensure all the actors felt comfortable during the shoot, director Kim Jung-sik let the newbies just be themselves on set; they would chat and have fun together when the camera wasn’t rolling.

Kim admitted the result was positive when the camera started rolling.

“I really thought that the actors were the characters themselves. They were not acting or performing. It just felt like they were just being themselves. It was very natural, ” praised the director. 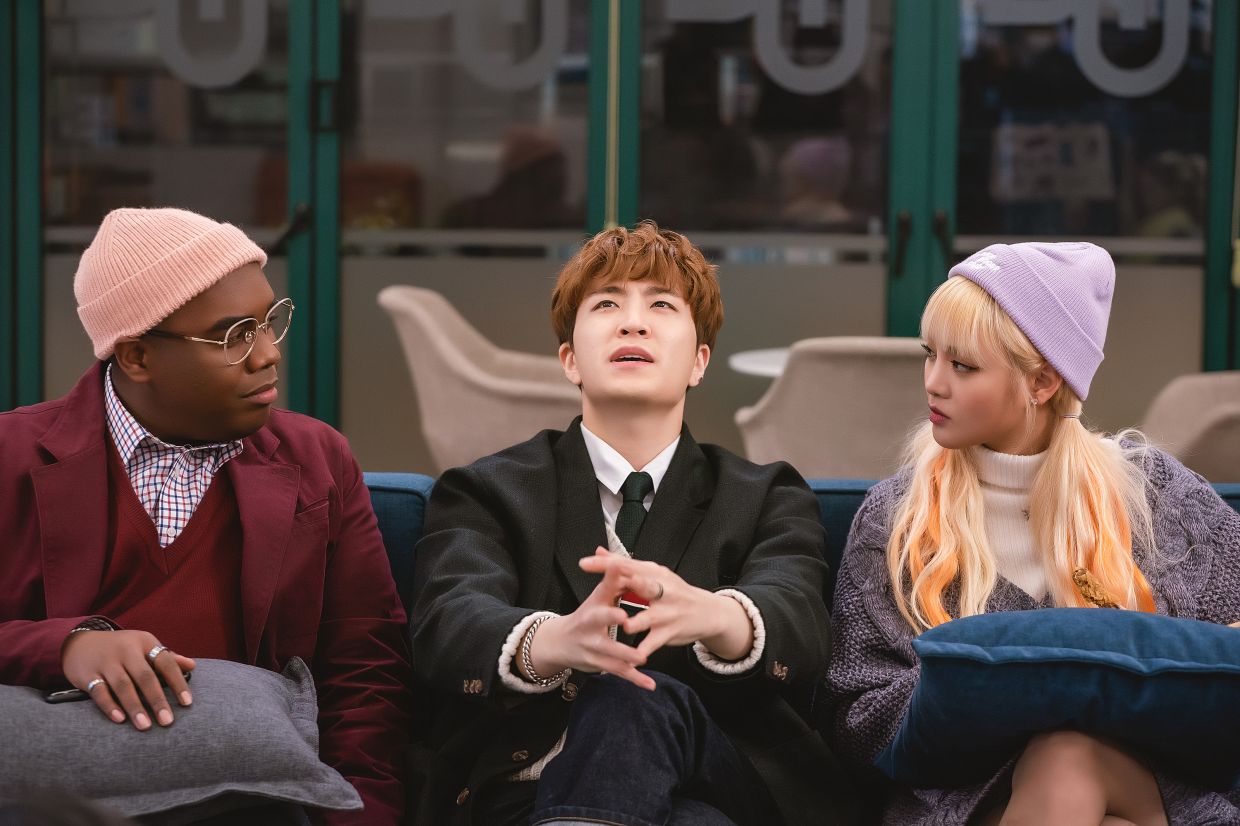 Landing in trouble is what these young people are good at.

Shin, who plays Korean-American Sam on the show, said: “The entire cast became very close even before we began shooting.”

So much so, they would turn up to the set even when they were not needed for that day.

Shin also mentioned that he had a hard time keeping a straight face whenever he shared a scene with Han.

Han – whose father is Nigerian and mother is Korean – said this when asked to choose his favourite co-star: “I really don’t want to pick one person because I literally enjoyed filming with everybody.

“The scenes were all different and you would have different types of chemistry with each one of them.”

To help the new actors along as well, Kim and the cast rehearsed a lot before shooting.

Also, Kim said: “Most sitcoms are made up of 120 episodes. Ours is a 12-episode sitcom. So, I think everyone quite got used to acting very quickly.”Enjoyable content Actress Park Se-wan (right) has the most acting experience among the cast.

Park, who has prior acting credits to her name, said she didn’t particularly take on the role of a senior on set due to her experience.

“I felt rather than trying to lead the other cast members, I just tried to have fun, as we are of similar age.

“So, it felt just like when we were back to being students cracking jokes and just hanging around.”

Although the 26-year-old I’m Not A Robot star told StarLifestyle that she still has a lot to learn as an actor, other cast members attested that Park would always help out whenever one of them needed assistance. Han Hyun-min says he had a good time filming the show.

Twenty-year-old Han, for example, stated that he would ask Park for advice whenever he felt confused as to how to act in a scene, or even how to improve on a scene.

He complimented Park: “She would always give me very helpful tips, and I would use that as reference and tried to do better the next time.”

Shin, 23, added: “As it was my first time acting, I was very nervous at first and then the directors and Se-wan were like, ‘You should just let it go. That’s the best way to let yourself show.’

“And Se-wan, even though she’s more senior to me, would help me to rehearse our scenes and we would go on walks together just to become less nervous with each other. We became closer that way.

“Once you get comfortable with your fellow actor, your performance gets better, so I think that really helped, ” theorised Shin whose character develops feelings for Park’s character on the show. Newcomer Shin Hyeon-seung in a scene from the sitcom.

While Korean content is mostly all one-hour dramas rather than 30-minute American-styled sitcoms, director Kim thought the release of So Not Worth It came at a perfect time.

He said: “With the pandemic on-going, we need a bright sitcom that can give people a good laugh.

“You don’t really have to worry about anything while you’re watching the sitcom, it’s very easygoing and fun to sit through.

“So I think we need enjoyable content like this, these days. I hope that there will be many more sitcoms to come.”

Netflix , So Not Worth It , K-Sitcom