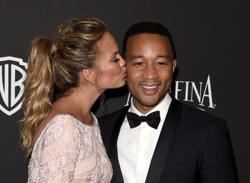 Fashion designer Michael Costello has alleged that model Chrissy Teigen bullied him online in 2014 and subsequently blacklisted him, which affected him so badly that he thought of killing himself.

His post on Instagram came just hours after Teigen's own post on Monday (June 14), in which she apologised for her past behaviour of online bullying and trolling.

Costello, 38, who shot to fame in reality TV show Project Runway in 2010, wrote: "For the past seven years, I've lived with a deep, unhealed trauma.

"I wanted to kill myself and I still am traumatised, depressed and have thoughts of suicide."

The bullying, according to Costello, started in 2014, when Teigen accused him of being a racist in an Instagram comment.

He wrote: "She apparently formed her own opinion of me based on a photoshopped comment floating around the Internet.

"When I reached out to Chrissy Teigen to communicate that I was the victim of a vindictive cyber slander, and that everything she thought I was is not who I am, she told me that my career was over and that all my doors will be shut from there on."

He attached two screenshots of messages allegedly between him and Teigen, in which he asked if he could call her to explain he had not used the N word.

She responded with: "No! I do not have anything to say to you. You will get what's coming to you."

He explained that her comment was adding more fuel to the fire and Teigen allegedly replied: "Good! Racist people like you deserve to suffer and die. You might as well be dead. Your career is over, just watch."

Costello claimed that over the next few years, he would book jobs only to have them cancelled at the last minute without explanation, and mutual friends and colleagues were threatened by Teigen not to associate with him.

Despite being allegedly blacklisted, Costello has found some fame over the years, making outfits for big names such as Beyonce, Meghan Trainor, Alicia Keys, Mariah Carey and more.

He kept silent all these years because he was "living in fear", he said, adding: "In fear of losing some of my most profitable brand relationships; in fear of losing friends and allies; and in fear of being blacklisted even more by the power elites who run the industry."

He revealed that he wrote personal letters to my family and closest friends last week: "I thought that taking my own life would be the best way out. No matter what I did, I just could not escape the false narrative." – The Straits Times/Asia News Network

Chrissy Teigen says she’s reaching out to ‘people I insulted’ 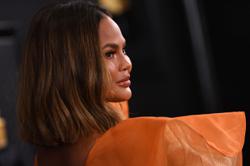