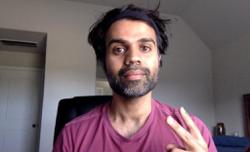 The 'She-Hulk' series at Disney has cast 'The Good Place's Jameela Jamil as supervillain Titania.

The She-Hulk series at Disney+ has cast Jameela Jamil in a major role, Variety has confirmed with sources.

The series centres on lawyer Jennifer Walters (Tatiana Maslany), cousin of Bruce Banner, who inherits his Hulk powers after she receives a blood transfusion from him. Unlike Bruce, however, when she hulks out Jennifer is able to retain most of her personality, intelligence, and emotional control. Jamil will reportedly play Titania, a Marvel supervillain with incredible strength and a frequent rival of She-Hulk.

Jamil is best known to American audiences for her starring role in the critically-acclaimed NBC comedy The Good Place, on which she starred throughout the show's four season run. She also currently hosts the TBS game show The Misery Index and serves as a judge on the HBO Max competition series Legendary.

She-Hulk is one of several Marvel Cinematic Universe shows at Disney Plus. WandaVision, The Falcon and The Winter Soldier, and most recently Loki, have already been released. Others in the pipeline include Secret Invasion, Moon Knight, Ms. Marvel, and Hawkeye. – Reuters