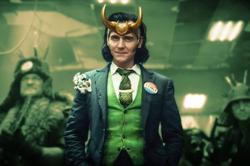 Marvel finally gives its most multi-faceted and fascinating villain the screen time he deserves. – Photos: Handout

Remember that scene in Avengers: Endgame where the Avengers went back in time to the first Avengers film to steal the Tesseract from the Avengers of that time to bring it back to their present so they could defeat Thanos, but things went wrong and Loki ended up stealing the Tesseract and escaping through a portal?

Well, Loki, the series, starts from that exact moment, with Tom Hiddleston’s God Of Mischief escaping and almost right away, being arrested by the Time Variance Authority (TVA), whose jobs are to police time and reality so there are no "branches" off the core "Sacred Timeline" that has been set by a trio of omnipotent beings called the Timekeepers.

Still with us? Good.

Anyway, Loki didn’t just branch off the Sacred Timeline – he literally took a leap off it and landed so far away that he is now considered a "Variant" whom the TVA must now purge from the timeline.

Fortunately for him, TVA agent Mobius (Owen Wilson) has an offer for the Asgardian, whether or not he chooses to accept it – help the TVA capture another rogue Variant, and his time might not be up just yet.

Think WandaVision and The Falcon And The Winter Soldier were good? Well, it seems that Marvel Studios was just getting started. With Loki, the Marvel Cinematic Universe’s (MCU) TV slate takes another twist into the unknown, and finally gives its most multi-faceted and fascinating villain the screen time he deserves.

I am Loki, and I am burdened with a gloriously ugly necklace.

Make no mistake about it, Loki would not have worked without Hiddleston, whose masterful portrayal of the God Of Mischief is what anchors the show (well, the first two episodes we saw of it, anyway). Heck, the guy even makes filing paperwork and standing in line seem fun.

And since the show’s Loki veers off from the core MCU timeline BEFORE the events of Thor: The Dark World, Thor: Ragnarok and Avengers: Infinity War (where Loki was killed by Thanos), we are essentially getting a Loki with a blank slate once again.

Hiddleston embraces this "new old" Loki with an almost gleeful performance that not only brings back the reckless, self-confident trickster of the "old" Loki, but also gives us aspects of the post-Ragnarok new, slightly more heroic Loki that who was tragically killed off before he had a time to shine. Better get used to this desk, Loki. We'll be spending a lot of time with it.

While we could watch an entire series of just Loki doing a monologue and filling up forms, Wilson’s droll, time-weary agent provides the perfect foil for Hiddleston’s flamboyant performance.

With so much history and exposition to cover, quite a bit of the first two episodes features just two of them sitting at a desk and talking. But what fascinating conversations they are, ranging from Mobius ruthlessly breaking down what makes Loki "tick", to a surprisingly intellectual analysis of the agent’s fascination with magazines about jet skis.

Make no mistake about it – Loki isn’t your conventional superhero series, especially if you’re expecting lots of action and explosions. But if WandaVision and The Falcon And The Winter Soldier have taught us anything about the MCU’s TV shows, it’s to never judge a series by its first two episodes.

Marvel Studios head honcho Kevin Fiege recently said that Loki will have more impact on the MCU than any show so far, and based on what we’ve seen, we have no doubt that the final four episodes of Loki will definitely be brilliantly burdened with glorious purpose.

The first episode of Loki is available on Disney+ Hotstar, with new episodes released every Wednesday.

We'll be up all night to get Loki 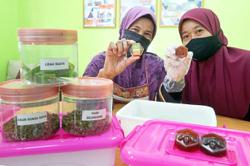