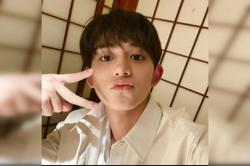 Angelababy has had enough. Photo: Angelababy/Instagram

Chinese actress Angelababy is not putting up with another bout of false rumours about her on the Internet.

For some time, the netizens have been theorising that Angelababy’s marriage to Chinese actor-singer Huang Xiaoming, 43, has ended in a divorce just because the private couple hadn’t appeared in public together since 2018, among other speculations.

Even when they were spotted out together with their four-year-old son recently, some netizens refused to believe the couple’s marriage is intact.

Recently, 8days reported that netizens have started another rumour about Angelababy – this time, she's dating a 22-year-old singer.

Well, the 32-year-old actress has decided to take stern action this time around.

Her publicity team issued a statement saying that her studio has sent a lawyer’s letter to the person who started the rumour on the Chinese social networking platform Douban, reported the article.

This latest hullabaloo started when the celebrity’s friend posted a photo of the two them on a yacht out at sea.

At the right corner of this particular picture – caught on the boat’s rear-view mirror – is a reflection of a young man.

According to the article, netizens figured out (from that super tiny reflection) that it’s 22-year-old Chinese pop idol Cai Xukun.

As it happens, the young man also shared a photo of himself on a boat on his social media in the same outfit. Putting the two together, netizens came up with the conclusion that Angelababy and Xukun are dating. The rumour then took on a life of its own on Weibo.

What really happened was, the article stated, Angelababy and Xukun are cast members of the variety show Keep Running, China’s version of South Korea’s Running Man.

It reported that the cast members had a day off and Angelababy had invited her friend and a few others on a yacht trip.

This included another Keep Running cast member, Hong Kong pop idol Lucas Wong who posted a video of himself wakeboarding with the caption “Baby jie brought us out to play”.

Xukun then commented on Wong’s post with a photo of himself with Wong and Chinese singer Winwin on the boat, to indicate that it was just a group outing, and nothing else.