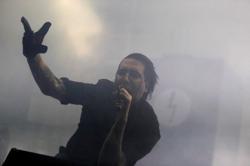 Ashley Walters also accused Marilyn Manson (pic) of routinely forcing her to stay awake for 48 hours straight and feeding her cocaine to keep her from falling asleep. Photo: AP

She also corroborated some of the abuse allegations leveled previously by other women, including Manson’s ex-girlfriends Evan Rachel Wood and Esmé Bianco.

In a legal complaint filed Tuesday in L.A. County Superior Court, Walters accused the Beautiful People singer of leveraging his “position of power, celebrity and connections to exploit and victimise” her during her employment from 2010 to 2011.

Walters is seeking financial compensation for the damages incurred, as well as a trial by jury for Manson’s alleged crimes. Additionally, she requested that Manson, whose real name is Brian Warner, complete anti-sexual harassment and anti-sexual violence training, as well as stop using her personal records, her data and images he photographed of her.

“Ashley... made the difficult but brave decision to come forward about this horrific experience, ” attorneys for Walters said Tuesday in a statement provided to the Los Angeles Times.

“Through this lawsuit, she seeks accountability from her abuser to not only ensure it does not continue to happen to other women, but also to provide strength and courage to other survivors who have suffered trauma at the hands of those who regularly abuse their power and influence.”

When reached Tuesday by The Times, a member of Manson’s team “vehemently denied” all allegations of assault.

According to the lawsuit, Manson “set out to groom” Walters after finding her on social media, complimenting her photography and “dangling professional opportunities... in order to manipulate and exploit her to the point that she was treated like property.” He later hired her as his personal assistant in 2010.

The documents outline a pattern of physical and psychological abuse in which Manson allegedly repeatedly assaulted Walters before showering her with praise — leaving Walters “both pleased that [Manson] was proud of her work and incredibly traumatised by what occurred.”

During their first in-person interaction, Walters alleges that Manson asked her to remove her shirt for a photo shoot before pinning her onto his bed and forcing himself upon her in his West Hollywood home. When she tried to get away, Manson allegedly bit her ear and placed her hand inside his underwear.

The complaint also alleges that Manson made inappropriate comments — such as remarking that he “loved when girls looked like they had just been raped” and “had gotten away with raping women” — painted her nipples under the pretense of professionalism, shoved her up against a wall and “roughly shoved” his tongue into her mouth during a music video shoot, and repeatedly “offered [Walters] up” sexually to his friends and colleagues without her consent.

One graphic anecdote included in the lawsuit alleges that Manson repeatedly showed Walters a video of himself violently torturing an underage female fan by aiming a gun at her, as well as “stripping her down and whipping her until she screamed and cried”.

To intimidate them into staying silent, the complaint alleges that Manson forced Walters and other employees to pose for incriminating photos with Nazi paraphernalia, as well as broke into their computers in search of material he could potentially use to blackmail them.

The suit also backs similar allegations made by actors Wood and Bianco, who recently participated in a support group with Walters that the lawsuit says “revealed a common thread of... horrific abusive behaviour.” According to Walters, romantic partners of Manson feared the recording artiste and “often hid in the guest bathroom” to escape him.

On more than one occasion, Walters “snuck food and drinks into the guest bathroom” to either Wood or Bianco, who were both “afraid to leave the room,” the documents allege. The two actors were Manson’s girlfriends at different times.

In addition to his alleged sexual misconduct, Walters also accused Manson of routinely forcing her to stay awake for 48 hours straight and feeding her cocaine to keep her from falling asleep before he eventually fired her in 2011.

“During her employment, [Manson] lured [Walters], an aspiring photographer at the time, into employment with promises of artistic collaborations and creative opportunities,” the lawsuit reads.

"[H]owever, the reality was that he was looking to create an environment where [Walters] was subjected to personal and professional sexual exploitation, manipulation and psychological abuse.”

Manson was dropped by his agent and his record label in early February after Westworld star Wood made her allegations public via an Instagram post. “He started grooming me when I was a teenager and horrifically abused me for years,” she wrote. “I was brainwashed and manipulated into submission. I am done living in fear of retaliation, slander, or blackmail.”

Tony Ciulla, Manson’s manager of 25 years, dropped the performer days later, per Rolling Stone, and in mid-February the L.A. County Sheriff’s Department said it had launched a criminal investigation into alleged domestic abuse by the singer.

Game Of Thrones actress Bianco filed a lawsuit against the musician and his former manager in late April. An attorney for Ciulla has denied Bianco’s allegations against both him and Manson, calling them “provably false”. – Los Angeles Times/Tribune News Service 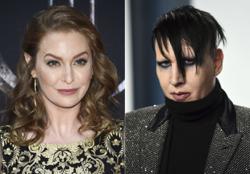 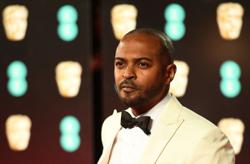