Record label Insight Music (in the Philippines), alarmed by the rapidly increasing cases of sleeplessness among its country’s adult population, seeks to help insomnia-afflicted Filipinos fall into restful slumber by releasing The Perfect Sleep, a groundbreaking album that effectively induces sleep. Composed by Ian Joseph Tan, the album is an hourlong instrumental recording that promotes deep and relaxing sleep. It is now available in various streaming platforms, including YouTube, Spotify, Apple Music, Deezer and iTunes.

“Way before the pandemic hit the Philippines, a vast number of Filipino adults were already stricken by a different kind of epidemic — sleeplessness, ” says Insight Music president Chris Cahilig. “Sleeplessness, a disorder that is commonly known as insomnia, may not be as deadly as Covid-19, but it is just as critical and devastating to one’s health and well-being. It is during deep slumber, after all, when the body has the opportunity to repair itself and recover so that poor sleep quality or sleep deprivation has severe consequences on the body’s capacity to resist illness.”

A 2019 study by Sleep Cycle disclosed that the Philippines ranks fourth in the world in sleeplessness, averaging just six and a half hours of sleep —significantly lower than the recommended amount of seven to nine hours per day. - Philippine Daily Inquirer/Asia News Network 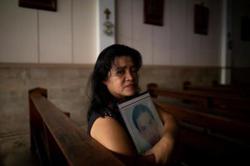