Blackpink’s Rose recently took on the viral TikTok ‘WAP’ challenge by posting a clip of herself dancing to Cardi B and Megan Thee Stallion’s hit single, WAP.

Fans started trending “WASPÉ” (a combination of “WAP” and “Rosé”) which caught the attention of American rapper Cardi B, who then tweeted that she is “Looking for the Wapse”.

She found the video with the help of a fan and the rapper showed love by commenting that Rose looked adorable while doing the sexy dance.

Retweeting the clip of Rose dancing, Cardi B wrote: “She still looks so innocent... Sooo (cuteee).

Rose's interpretation of the dance is vastly different from the original sexy version.

The two artistes know each other as Blackpink collaborated with Cardi B for the song Bet You Wanna, which appears on the K-pop group’s first studio album, The Album.

Rose did the ‘WAP’ challenge after a fan had made a request when Rose opened her own TikTok account in line with her highly successful solo debut On The Ground.

She hit the 10 million subscribers on TikTok in just over two weeks after launching the account. Hence, the 24-year-old posted the video to keep her promise to the fan. 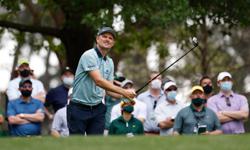