Yet another Korean artiste has been alleged as a perpetrator of school violence.

K-pop group Apink’s Chorong, 30, is accused of bullying and assaulting a childhood acquaintance.

The victim says she has a phone recording as proof as stated by reports in Korean media.

The reports further mention the physical abuse the victim claims to have suffered at the hands of the K-pop star.

“In 2008 when I was 18, I ran into Park Chorong on a street in the neighbourhood of Sachang-dong. I smiled at her, but she glared at me.

“Later Park Chorong’s friends said to me, ‘Hey, Chorong wants to beat you up,' and dragged me to an alley. Park Chorong said to me, ‘I didn’t like the way you smiled at me,' and slapped my face, and kicked me in the shin.”

Chorong’s friends also took part in the assault, claimed the victim, adding she had bruises all over her body and swelling in the face due to the attack.

When asked for an official apology, Chorong did at first curtly on the phone, but later changed her story to say she did not commit the violent act.

The singer also took legal action against the alleged victim for defamation.

But the victim has also got legal representative that reportedly stated this: “There is plenty of evidence that the accusation (made against our client) is false. We will take firm action against Park Chorong.”

The agency said that this is a tactic to damage the singer’s reputation.

It added: “Park Chorong has been threatened with the same claims already, and the facts were made clear, but ‘Kim’ continuously went against the conclusion that has been reached regarding the facts. As we revealed in our previous statement, we will also use evidence to take firm legal action regarding this matter until the end.” 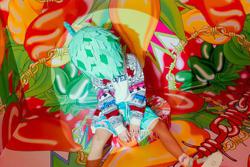