Singaporean singer JJ Lin surprised his fans with a live streaming concert on March 17 after returning to Taipei.

The 39-year-old star is currently under quarantine at his home in Taipei.

In the final episode, Lin is seen taking off his cap from time to time to style his bangs.

In response to the comments, Lin said that his bangs were long enough to cover his eyes, and he needs a haircut after the quarantine. 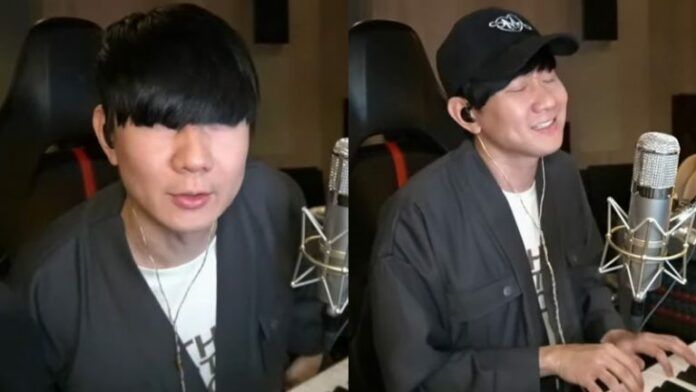 The singer let his bangs cover his eyes and pretended he couldn’t see anything.

Lin said that his bangs were long enough to cover his eyes, and he needs a haircut after the quarantine.

Lin performed the hit song Your Answer sung by Chinese singer A Rong, and Coffee by Jacky Cheung.

He ended by singing his new track No Turning Back. – The China Post (Taiwan)/Asia News Network