After close to two decades, Justin Timberlake apologises to Janet Jackson (left) and Britney Spears (right). Is it a case of too little too late? Photos: AP

In the wake of accusations of sexism and misogyny against Justin Timberlake regarding his treatment of former girlfriend Britney Spears, and the "wardrobe malfunction" with Janet Jackson at the Super Bowl in 2004, he has apologised to both women in an Instagram post.

"I've seen the messages, tags, comments, and concerns and I want to respond," he wrote. "I am deeply sorry for the times in my life where my actions contributed to the problem, where I spoke out of turn, or did not speak up for what was right. I understand that I fell short in these moments and in many others and benefited from a system that condones misogyny and racism.

"I specifically want to apologise to Britney Spears and Janet Jackson both individually, because I care for and respect these women and I know I failed."

In both cases, the reasons for his apology reach back nearly 20 years: he and Spears dated when both were teen stars, and during that time he said publicly that he had slept with her and later vaguely accused her of cheating on him – a narrative that played out in the video for his 2002 song Cry Me A River, which featured an actress who resembled Spears.

That situation resurfaced recently in the Framing Britney Spears documentary, which focuses on the conservatorship she has been under since 2008 but more broadly addresses the sexist and judgmental way she has been treated by the media and others throughout her career.

The 2004 Super Bowl scandal revolves around what Timberlake described at the time as a "wardrobe malfunction," in which he pulled back part of Jackson's outfit and exposed her breast, causing mass public outcry and an aggressive investigation by the Federal Communication Commission. While the situation was never fully explained publicly, Jackson bore the brunt of the criticism while Timberlake – who was the one who pulled back her garment – managed largely to dodge responsibility and went on to become one of the world's biggest music stars in the following years, and even returned as the Super Bowl halftime performer in 2018. By contrast, Jackson's career took a serious hit in popularity and public opinion, and in many ways it has never fully recovered. She has not commented on the incident publicly.

Timberlake's post concludes: "I also feel compelled to respond, in part, because everyone involved deserves better and most importantly, because this is a larger conversation that I wholeheartedly want to be part of and grow from."

Reps for Jackson, Spears and Timberlake either declined or did not immediately respond to Variety's requests for comment.

Perhaps not coincidentally, Timberlake's latest film,Palmer, in which he stars as a former football star turned ex-con who mentors a young boy, was released on Apple TV+ late last month.

Framing Britney Spears producer-director Samantha Stark told Variety last week that she did not approach Timberlake for a comment on his treatment of the singer. "We didn't ask Justin Timberlake for comment, just like we didn't ask a number of other people who appear in archival footage for comment," she said. "We don't make any allegations against Justin. We simply let the footage play." – Reuters 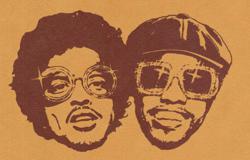 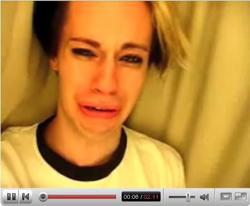