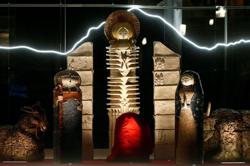 James Earl Jones, who turned 90 on Jan 17, has one of the most famous voices of all time – not just as Darth Vader and Mufasa, but as the voice of CNN and hundreds of other programmes.

But the distinguished actor and narrator almost didn't find his voice at all.

Born in Mississippi, Jones went to live with his grandparents in Michigan at the age of five.

The disorienting move left him nearly speechless for years, due to severe stuttering.

Finally in high school, a teacher helped him discover his powerful bass through reading poetry – kicking off one of the great oratorical careers of all time.

After moving to New York to study at the American Theatre Wing, one of his first mentions in Variety came in the review of the 1957 play The Congo from New York's Equity Library Theater company.

"James Earl Jones plays the preacher. He has a good voice, capable of effective contrast, but muffled diction makes him occasionally difficult to understand, which is a drawback for Lindsay's pulsating beat," the review noted.

The next year, he appeared in the Broadway hit Sunrise At Campobello, before making a big impression throughout the 1960s in several Shakespeare roles onstage, including a compelling Othello for Joseph Papp.

He moved into film as a B-52 bombardier in Dr. Strangelove Or: How I Learned To Stop Worrying And Love The Bomb.

He won the Tony for Best Actor in The Great White Hope and then helped Sesame Street get on the air with his counting segments.

After Martin Luther King Jr. was assassinated in 1968, Jones was one of the narrators for the documentary King: A Filmed Record... Montgomery To Memphis.

In a 1970 Variety ad, King's widow, Coretta Scott King, thanked Jones and a who's who of African American entertainers of the time for their help on the film, including Harry Belafonte, Ruby Dee, Diahann Carroll, Sammy Davis Jr., Sidney Poitier and Leslie Uggams.

It wasn't easy to be a pioneering African American performer in the 1960s, and Jones weathered some criticism for not being more outspoken about civil rights.

"Don't get me wrong. I believe in the same things that all those people demonstrating believe in, but I just look for plays or movies that say the same thing and play characters in them," he told the Toronto Star.

He starred in Roots: The Next Generations and won a second Tony for starring in August Wilson's Fences.

When the first Star Wars movie was released, it wasn't heavily publicised who was providing the commanding voice of the galaxy's most perilous villain, and Jones went uncredited for the first two films.

When voicing Darth Vader, George Lucas advised Jones to "Go as low as you can."

Jones went on to win Emmys, Grammys and an honorary Oscar, making him technically an EGOT winner.

He returned as Darth Vader's voice in Rogue One and briefly in Star Wars: The Rise Of Skywalker, and will next be seen reprising his role of Jaffe Joffer in Coming 2 America. – Reuters 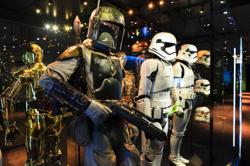 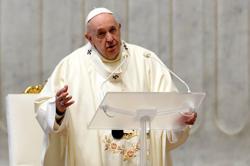