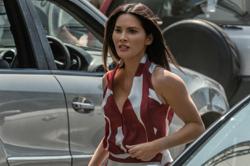 Olivia Munn names Michelle Yeoh as one of the Asian actresses who inspired her to play strong characters on screen. Photo: HBO Asia

American actress Olivia Munn – whose mother is Chinese-Vietnamese – admits that being a minority in Hollywood, there weren’t that many opportunities for her when she was starting out in the industry.

“In the beginning, I was self-submitting for auditions – I didn’t have an agent – and you kind of take anything and every opportunity (that comes), ” she tells StarLifestyle during a virtual interview.

“And then, there comes a point where you start to think about what you want to represent and what image you want to put out there and the stories you want to tell."

She adds: “Being an Asian American, I was so inspired by Michelle Yeoh, Zhang Ziyi, Ming-Na Wen and Lucy Liu. To see all these amazing women on screen, and seeing myself reflected in them, it was really powerful.

“It allowed me the opportunity to dream that I could one day do that as well. They allowed me to see that it was possible.”

She explains: “You know, a lot of times, Asian American women or Asian women are portrayed as being really submissive, and just be the caretakers. And I wanted to play strong roles. Women who were strong but knew how to be vulnerable. Being strong didn't mean that you weren't messy, and that you didn't have emotions, that you weren't sensitive... you could be all of those things.”

The 40-year-old is known for her role in Aaron Sorkin’s hit TV show Newsroom in which she played a passionate broadcast journalist. She has acted in various films as well like Date Night, Iron Man 2, Deliver Us From Evil and X-Men: Apocalypse.

Munn is currently starring in the action-drama series The Rook, available on Cinemax and HBO Go.

In The Rook, Munn plays an agent who works with a secret government body that employs people with superpower ability.

ALSO READ: Michelle Yeoh is one of BBC's '100 most inspiring and influential women' of 2020 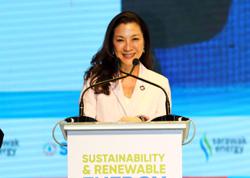