James Wan has made the list every year since Variety500's inception in 2017. Photo: Filepic

Malaysia-born director James Wan has been honoured with a spot on this year's Variety500 for a fourth time.

The magazine acknowledges Wan's contribution in "redefining the horror genre with a string of creepy scare franchises (Saw, Insidious, The Conjuring) then ascended to the top echelon of Hollywood directors with a pair of billion-dollar grossers — 2015’s Furious 7 and 2018’s Aquaman.”

Variety also touched on the projects he worked on in 2020. "In addition to his latest directorial effort, the thriller Malignant, which had its release delayed by the Covid-19 pandemic, Wan is producing The Conjuring: The Devil Made Me Do It, the ninth installment in the Saw series, Spiral and the Mortal Kombat reboot, all coming in 2021.

Born in Kuching, Sarawak, Wan and his family moved to Perth, Australia, when he was seven.

Malaysian media mogul Ananda Krishnan was featured on the list twice in 2017 and 2018. 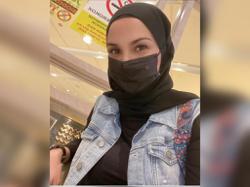