Elliot Page, who was formerly known as Ellen Page, rose to fame in the coming-of-age movie 'Juno'. Photo: AFP

Canadian actor Elliot Page has thanked fans for their overwhelming support in his first social-media post since he came out as transgender in early December.

Page, who was formerly known as Ellen Page, wrote on Sunday (Dec 20): "From the bottom of my heart, thank you. Your love and support has been the greatest gift.

Page, who rose to fame in the coming-of-age movie Juno (2007), also shared a recent selfie of himself in a hoodie and glasses.

Several celebrities expressed support for Page in his post, including actress Jennifer Garner, who also acted in Juno, as well as actresses Kate Mara, Julianne Moore and Sharon Stone.

Page, 33, came out as gay in 2014 and married dancer Emma Portner in 2018. He has appeared in other movies such as Inception (2010) and X-Men: Days Of Future Past (2014) and recently starred in the Netflix superhero series Umbrella Academy (2019 to present). – The Straits Times/Asia News Network 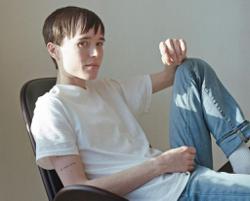 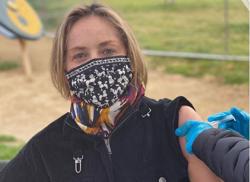