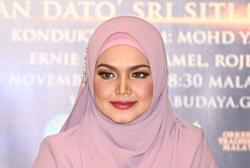 Siti is one of only three artistes chosen this year to have her name grace Adelaide Festival Centre's Walk Of Fame. Photo: Siti Nurhaliza/Instagram

Malaysia's most awarded singer Datuk Seri Siti Nurhaliza adds another feather to her cap, after having her name inscribed on Adelaide Festival Centre's Walk Of Fame.

Every year, three artistes who performed at the Adelaide Festival Centre will be chosen to have their names etched on the Walk Of Fame, a walkway overlooking the River Torrens.

Siti, who performed at the venue as part of the OzAsia Festival in 2019, won the public voting category after receiving "a record-breaking number of online votes", according to a press statement.

The 41-year-old singer beat out 10 other artistes shortlisted for public voting.

The two other recipients of the honour – choreographer Frances Rings and composer and musician William Barton – were selected by Adelaide Festival Centre's panel of judges.

Siti's manager Rozi Abdul Razak reflects on the achievement in an Instagram post: "When she held her solo concert at Adelaide last year, she was actually unwell. Even so, she soldiered on till the end. I see this achievement as a reward for her hard work.

"Who would've thought Siti's name would be on Adelaide's Walk Of Fame? So far away but such is her journey."

Siti later posted she found the honour "unexpected" and would love to take a picture at the Walk Of Fame if she visits Adelaide again one day.

Adelaide Festival Centre CEO & Artistic Director Douglas Gautier AM said: “We were so impressed by the calibre of our Season 2019 performers and artistes. It was a pleasure to review their work and select the nominees and winners, particularly at the end of this challenging year.

"It cements the value of artistes and the arts in uplifting audiences and bringing people together while entertaining and contributing to the wider community. I think audiences will agree that these three accomplished artistes are worthy of the recognition and we’re proud to have their names on our Walk of Fame.”

Since its inception in 1973, Adelaide Festival Centre's Walk Of Fame is home to some 130 names of artistes who have contributed to the arts.

'It's a boy!' Siti Nurhaliza reveals gender of baby No. 2 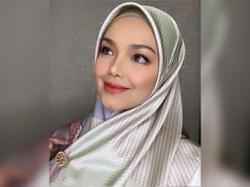