The Grammys' lukewarm love for Beyonce, by the numbers 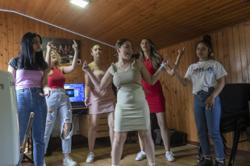 Three of Beyonce's past four solo studio albums have been nominated for album of the year, without a win. Photo: AFP

Numerically speaking, Beyonce has received more love from the Grammy Awards than virtually any other artiste.

The 39-year-old performer is the most-nominated female artist in the awards' history (both solo and as a member of Destiny's Child), and is tied with Paul McCartney for second place on the all-time list – just one behind her husband, Jay-Z, and legendary 87-year-old producer-composer Quincy Jones.

She's also seventh on the list for most wins, with 24, and second for most Grammys won by a female artiste, behind 27-time champ Alison Krauss.

There have been only two years in this century that Beyonce hasn't been nominated for a Grammy.

Added to that, she's the most-nominated artiste for the 2021 awards, with nine – oddly, in a year when she released no album.

She's nominated for the sole song she released as the lead artist in 2020 (Black Parade); for the one number on which she's featured (Megan Thee Stallion's Savage remix); for a video (2019's Brown Skin Girl); and her Black Is King film, a companion to last year's Lion King.

But a look beyond the big numbers reveals that the Grammy love has been a bit lukewarm of late. Three of her past four solo studio albums have been nominated for album of the year, without a win – in 2017, Adele even tried to give her album trophy to Beyonce instead of herself.

"I can't possibly accept this award," Adele said onstage, after winning for her 25 album. "The artiste of my life is Beyonce, and the Lemonade album is just so monumental."

And although many consider Beyonce to be the most influential Black female singer since Aretha Franklin, over the years she's often been similarly ghettoized into R&B and other categories, and away from the "Big Four" (album, song and record of the year, as well as new artist).

None of Franklin's 18 wins and 44 nominations were in the Big Four, and if it weren't for the R&B and gospel races, she'd have less than a handful of nominations in total.

While Beyonce's 15 Big Four nominations have given her a much bigger presence in those categories than Franklin ever had, she's only won one of those trophies – song of the year in 2010 for Single Ladies (Put A Ring On It) – and only four of her 24 total wins have been outside the R&B contests.

Similarly, with two exceptions, Destiny's Child's 14 nominations and three wins all were in R&B and minor categories.

And she's had some very big years: In 2004, the year of Dangerously In Love, Beyonce won five out of six nominations, and in 2010, with her I Am... Sasha Fierce album, she scored 10 nods and six wins.

But although she scored nine Lemonade-related nods in 2017 – even one for rock performance for her Jack White collaboration, Don't Hurt Yourself – she took home just two awards that year: urban contemporary album and music video (for Formation).

Adele swept album, song and record of the year categories. In fact, to put the imbalance in perspective, Adele has won each of the past 13 Grammy Awards for which she's been nominated, and has lost only three of her 18 total bids, half of which were in the Big Four categories.

The rationale behind the Grammys' reluctance to fully embrace the dominant female artiste of the century is beyond this article's purview (and word count). But Beyonce's nine 2021 nominations include three in the Big Four: Black Parade for song and record of the year, and Savage in the latter category as well (which means she's competing with herself).

Given the skewed logic that Academy voters have displayed throughout Grammy history, it would almost make sense that one of Beyonce's least-prolific years would be the one when she takes home the most trophies. – Reuters

Singer Sia is under fire for how her film portrays autism 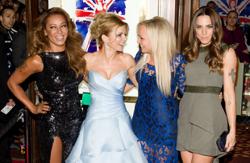 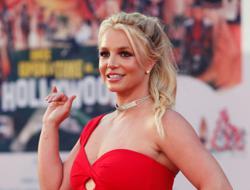