Staying indoors for months can drive anyone to have physical fights indoors. Photos: Warner Bros

For the past nine months, since a real-world viral pandemic swept the planet and forced the shutdown of civilisation as we know it, we've been reading about how this or that motion picture is "the movie we need right now."

Movies don't solve global health crises, but they can distract and inspire us.

In that sense, Wonder Woman 1984 reminds us how badly we could use a superhero right now, and it's at once a fizzy pop-art distraction.

For those old enough to remember the 1980s, it's like going home for Christmas and discovering a box full of childhood toys in your parents' attic.

This is what it felt like to watch Richard Donner's Superman for the first time, or to marvel at the strong female role models of such vintage TV shows as Wonder Woman and The Bionic Woman.

Even if the 1980s seem as distant to you as the World War I setting of Patty Jenkins' history-making Wonder Woman feature three years ago, the sequel offers an amusing tour through that tackiest of decades, when shoulder pads and permed hair were all the rage.

And Jenkins has a good handle on what audiences want from the divine Miss Diana, and Wonder Woman 1984 delivers, for a time.

Embracing both her iconic Washington, DC, setting and the slightly corny comic book style of the period, Jenkins serves up scenes in which Wonder Woman intervenes in everyday crises, saving a Walkman-wearing jogger from being run down by a Pontiac Firebird or rescuing two girls endangered during a shopping-mall jewellery heist.

That robbery results in the recovery of the Dreamstone, an ancient citrine artefact with magic powers. The gem can grant the wish of anyone who touches it. But it also comes with a catch. 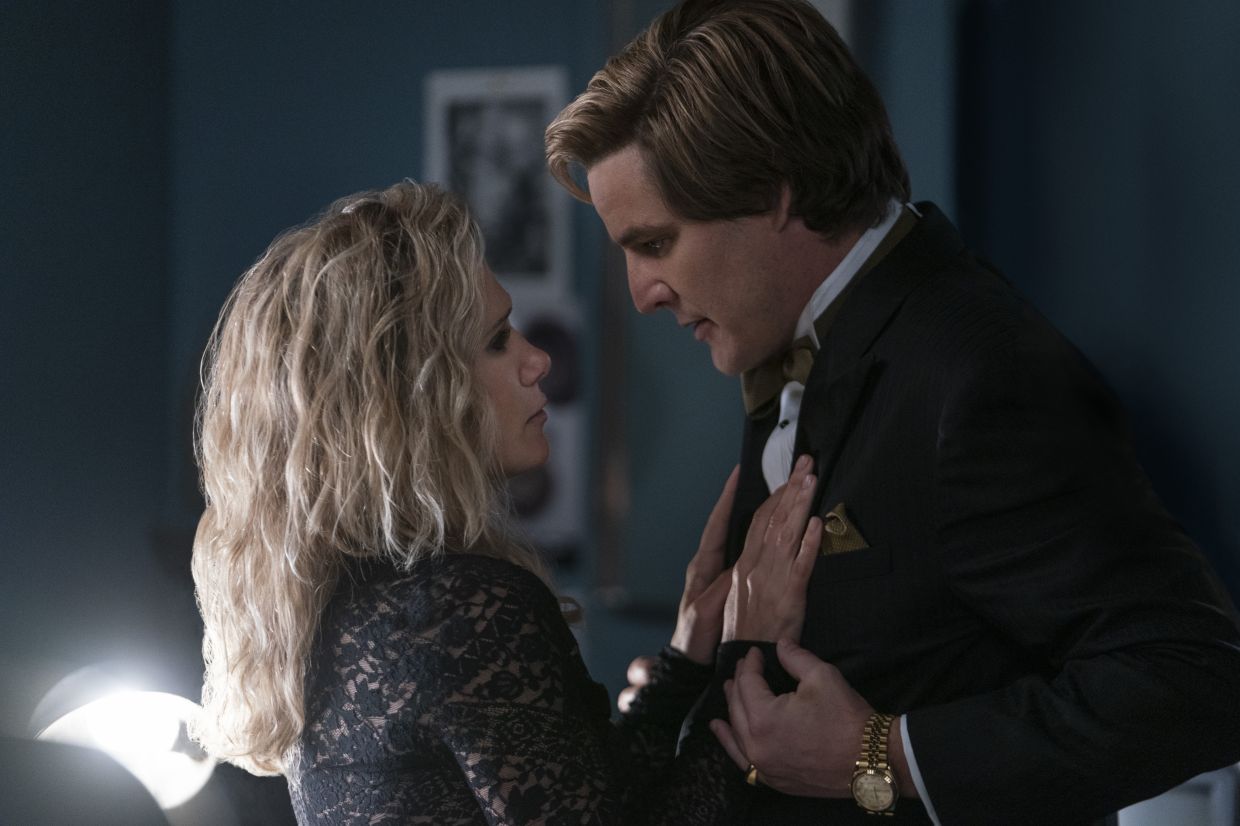 'I'd totally invite you to be a guest host of SNL if it were up to me.'

Jenkins is an enormously talented filmmaker, and she proves her worth by never letting the spectacle drown out the performances.

Unlike so many of DC's impossibly chiselled leading men, the undeniably gorgeous Gadot makes Wonder Woman's qualities seem relatable – and therefore worthy of aspiring to.

Much as Wakanda stands for a land free from the strictures of white supremacy in Black Panther, Diana Prince represents what any woman might achieve, if elevated outside the patriarchy.

Fittingly enough, the movie opens on the island of Themyscira, where young Diana competes alongside grown (wonder) women in a thrilling triathlon – a best-seen-on-the-big-screen cross between the Hunger Games and a Quidditch match in which the precocious Diana manages to take the lead.

The message here isn't simply that women are equal to or better than their male counterparts, but that society underestimates children as well.

From this empowering prologue, Wonder Woman 1984 wants girls to know that the sky's the limit to their abilities – with one key caveat: "No true hero is born from lies," explains auntie Antiope (Robin Wright).

The film offers a distinctly female perspective on how 20th-century gender dynamics shift when women assume a little extra confidence and strength, since disrespectful men are constantly hitting on and harassing the female characters.

The key exception is Chris Pine's gallant pilot character, Steve, who's there to follow Diana's lead.

However, Jenkins – who shares screenplay credit with Geoff Johns and Dave Callaham – probably should have stayed well away from a device that can fulfill everyone's deepest desires. 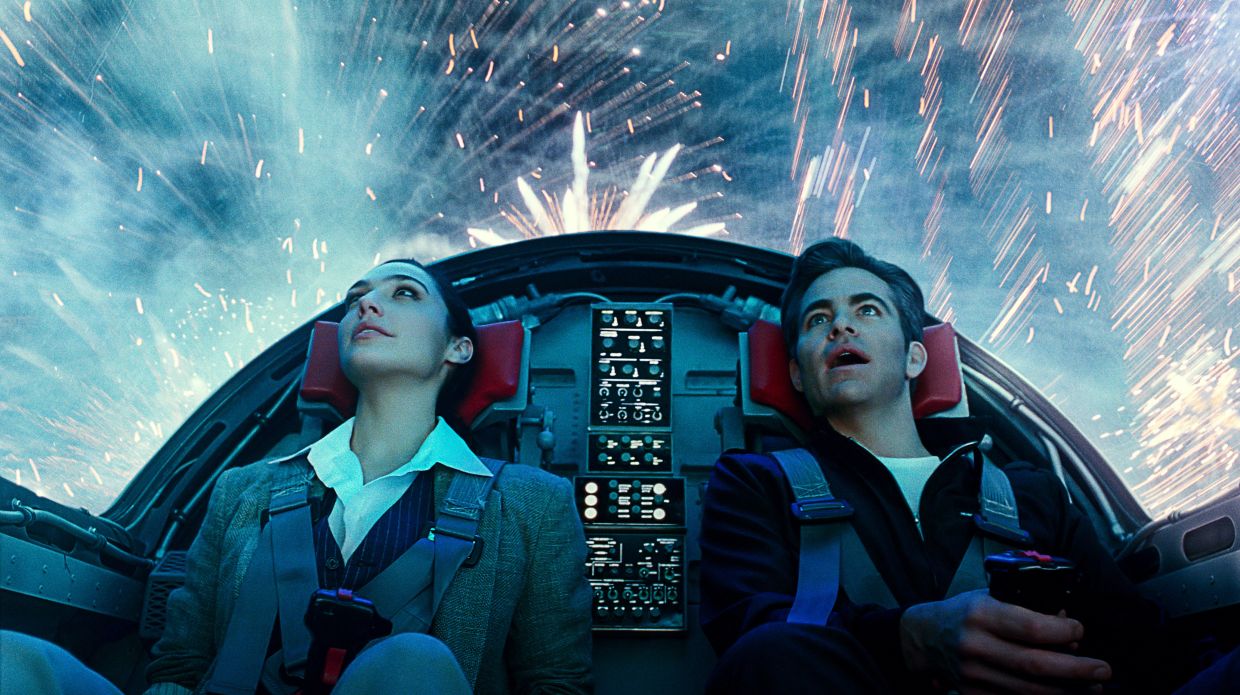 This is one way to watch fireworks up-close.

Wonder Woman 1984 works better when it's focused on just a handful of characters.

The movie's most satisfying moments have little to do with the central conflict.

Fans of the comics have long asked themselves,"If Wonder Woman can fly, why does she need an invisible jet?" Jenkins puts this debate to rest in her own way, taking a page from Donner's Superman as Steve and Wonder Woman share a romantic joyride from a fireworks-lit sky.

An hour later, the director literally gives her hero wings – a gold-plated change of armour that looks better in the ad campaign than it does on-screen.

A lot of the effects are hokey. Some are downright embarrassing.

And the big finale is a bust.

In those final moment, Wonder Woman 1984 loses its way, and while the ending's not bad enough to renounce the satisfaction of what came before, it's enough to shift our focus back to our own real-world predicament.

What we need right now this movie can't provide, but just maybe, it will inspire someone who can. – Reuters

Director Patty Jenkins has a good handle on what audiences want, and 'Wonder Woman 1984' delivers, for a time.

‘Bridesmaids’ Kristen Wiig on playing a villain in ‘Wonder Woman 1984’