There's no stopping Wonder Woman. Cinemas will be operating at RMCO locations starting from Dec 16, the date 'Wonder Woman 1984' is scheduled to open. Photo: Warner Bros

GSC Cinemas, TGV Cinemas and MBO Cinemas have confirmed to StarLifestyle that they are reopening their theatres on Dec 16, the day the DC superhero movie is scheduled to have its sneak preview in Malaysia.

However, cinemas will be operational only at locations that are under the recovery movement control order (RMCO).

GSC informed that it would open at nine locations in Malaysia on Dec 16, starting from 6pm onwards.

TGV Cinemas will open eight of its cinemas nationwide.

LFS will open its cinemas at Kuala Terengganu, Sitiawan as well as Butterworth, and mmCineplexes will be operating at Riverfront City.

In a statement, Malaysian Association of Film Exhibitors (MAFE) said it decided to open its cinemas following the lifting conditional MCO in certain states in Malaysia.

"The tenacious decision to reopen is in time with the release of the much-awaited 2020 blockbuster, Wonder Woman 1984, widely acclaimed as a much anticipated blockbuster attraction for moviegoers.

"MAFE will also continuously monitor the current situation and react accordingly in the coming months to seek approval to reopen other locations once it is safe to do so, as well as to appeal for the lifting of the single seat and gap rule." 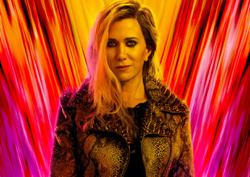