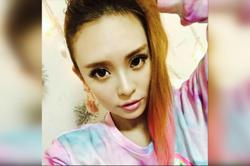 Ting Hsiao-chin had been sentenced to two and half years' jail for scamming online consumers into buying counterfeit luxury goods. Photo: Weibo

Taiwanese singer and television personality Ting Hsiao-chin has turned herself in after running from the law for six days.

Ting, who had been sentenced to two and half years' jail for scamming online consumers into buying counterfeit luxury goods, was spotted by the Taiwanese media at the New Taipei District Prosecutor's Office on Tuesday morning (Dec 1).

The prosecutor's office told Taiwan's Apple Daily that Ting, 41, was later taken to the Taipei Women's Detention Centre and would be transferred to Taoyuan Women's Prison at the earliest on Wednesday.

Ting became a wanted criminal last Wednesday after she failed to surrender herself to serve her jail term. Her request to postpone serving her sentence had earlier been rejected.

Ting's father told the Taiwanese media that Ting, who lived with her mother, had wanted the postponement as she was taking care of her mother, who is ill.

Last Wednesday, the police went to Ting's registered address after she failed to show up at the prosecutor's office but they could not find her.

An arrest warrant was then issued for Ting.

Ting is not the only celebrity in Taiwan who has met with legal troubles recently.

Internet celebrity Edward Sun, the son of prominent entertainers Sun Peng and Di Ying, was charged in August with attempting to manufacture firearms in the United States.

This came after he was deported from the country in late 2018 for threatening a mass shooting at the high school he attended in Philadelphia. Edward Sun faces up to seven years in jail if he is convicted.

In April, prominent Taiwanese director Doze Niu was sentenced to four years in prison for sexually assaulting a female crew member of a film that he was making. – The Straits Times/Asia News Network 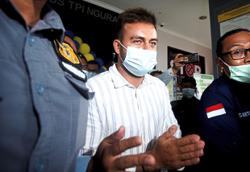