Angie Chiu was praised by fans for her youthful looks after she posted photos of an early birthday celebration on Weibo. Photo: Angie Chiu/Weibo

Better known as Zhao Yazhi, Chiu is turning 66 this Sunday (Nov 15) but looks as youthful as ever.

Her husband, former actor Melvin Wong, 71, was also in some of the photos.

Chiu was praised by fans for her youthful looks, with some saying she is more beautiful than the flowers.

Some fans also noticed the lavish house where the celebration took place, saying it looked like a mini-palace with chandeliers and great interior design. According to Hong Kong media, the party was held at Wang's house.

She also has two sons from her previous marriage to doctor Wong Hon Wai.

Chiu, who starred in TVB serials such as The Heaven Sword And Dragon Sabre (1978), Chor Lau Heung (1979) and The Bund (1980), also famously played Lady White Snake in the Taiwan drama serial, The Legend Of White Snake (1992), alongside actress Cecilia Yip. – The Straits Times/Asia News Network 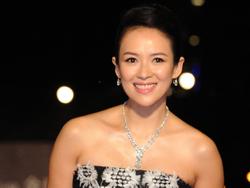