1966 file photo of the Spencer Davis Group (from top left): Muff Winwood, Pete York and Steve Winwood and Spencer Davis, foreground. Davis' agent announced on Tuesday (Oct 20) that the rock star has died at the age of 81. – AP

Spencer Davis, a British guitarist and bandleader whose eponymous rock group had 1960s hits including Gimme Some Lovin’ and I’m A Man, ” has died. He was 81.

Davis’ agent, Bob Birk, said Tuesday that he died in a hospital while being treated for pneumonia. He didn't give a location, but British media reported that Davis lived in California.

Born in Swansea, Wales in 1939, Davis began working as a musician while he was a student at the University of Birmingham. Influenced by the burgeoning British blues and skiffle scenes, he performed in bands with future stars including the Rolling Stones’ Bill Wyman and Christine Perfect – later Fleetwood Mac’s Christine McVie.

He formed the Spencer Davis Group in 1963, with a teenage Steve Winwood on keyboards and guitar, his brother Muff Winwood on bass and Pete York on drums. With Steve Winwood as lead vocalist, the band had two No. 1 U.K. singles – Keep On Running in 1965 and Somebody Help Me in 1966 – and seven British top 40 hits before Steve Winwood’s departure in 1967.

Davis released several solo albums without recapturing his 1960s fame, and later reformed the Spencer Davis Group without the Winwood brothers. In later years he was regarded as an influential elder statesman of British rock.

Davis is survived by his partner June and three adult children. – AP

Conchata Ferrell, 'Two And A Half Men' actress, dead at 77 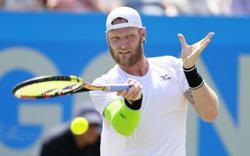 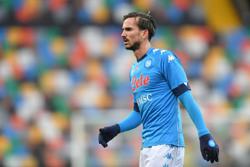