Jiang Zi Ya (Zheng Xi) knows it is mandatory for any hero in any epic fantasy film to brood dramatically against a beautiful background.

Becoming a god really isn’t all it’s cracked up to be.

Divinity is difficult. It’s not just sitting on clouds and throwing thunderbolts at people you don’t like. It comes with responsibilities and hard choices. And sometimes, that involves making decisions against what you believe in.

This seems to be the message of Jiang Zi Ya: Legend Of Deification (JZY), the latest Mandarin 3D-animated blockbuster.

It is the second installment of the Fengshen Cinematic Universe, an interconnected series of movies revolving around Chinese mythological figures. It includes 2019’s Ne Zha, this film and an upcoming movie about the Monkey King.

The film was supposed to come out in January, but has been postponed to now because of the coronavirus pandemic.

Visually satisfying, with a complex plot and fascinating characters, this film is a riveting watch, with a story that draws strongly from Chinese culture and influences.

Zi Ya wonders if it was really necessary for him to have a cute animal sidekick on his adventure.

JZY is based around parts of the classic Chinese novel Investiture Of The Gods, attributed to Xu Zhonglin. It centres around Jiang Zi Ya, a real-life mythological figure who was a Taoist adept.

Here, he looks like a Chinese version of Keanu Reeves.

The film opens with a glorious 2D animation segment, showing how Zi Ya (voiced by Zheng Xi) is involved in a savage war involving men and monsters. His forces emerge victorious, and our hero is offered the chance to ascend to godhood and live in a heavenly realm.

To achieve that, he must do one last thing. Execute the main villain, the cunning fox spirit Daji (Ji Guanlin).

However, Zi Ya discovers that Daji is somehow harbouring an innocent girl’s spirit within her. And what does the fox say? Kill her, and the girl dies too.

Zi Ya, noble as can be, refuses to do this, angering the Heavenly Master. Thus, our hero is cast to the mortal realm.

He can only return to the heavenly realm if he’s worthy. Soon, Zi Ya finds his chance.

He meets Xiao Jiu (Yang Ning), a girl on a quest to find her missing father. She also looks exactly like the girl whose spirit is within Daji.

Can helping Xiao Jiu help Zi Ya reclaim his godhood? And can this mysterious girl, who sports a pair of fox’s ears, be trusted?

Hang on, some viewers may say at this point. A mythological demigod, who loses his home and powers, and can only return by showing he is worthy? This is the plot of Marvel Studio’s Thor! And the Disney version of Hercules!

And that is correct. Most people may expect a conventional story here, where Zi Ya goes through a series of obstacles and emerges triumphant at the end. Thankfully, the film does not do that. It goes down a far more interesting story path.

JZY has HUGE shoes to fill: it is the follow- up, after all, to Ne Zha, one of the biggest commercial successes in Chinese cinema so far. Ne Zha is the highest-grossing animated film in China, and the second worldwide highest-grossing non-English language film of all time.

Perhaps due to all these expectations, this film is very well put together. Its visuals are amazing; the film is awash in glorious tones and colours, with some truly gorgeous backgrounds.

Its final scenes especially are a work of art. The only slight nitpick comes with action scenes – some of these are edited in a very choppy manner, making it hard to truly see what’s going on.

Its story is layered, and incorporates themes such as sacrifices for the greater good, and the importance of mercy over justice. The characters are well-drawn; even the villains are fleshed out a little. The film’s music is nice and the voice acting is good.

Zi Ya must be careful not to be outfoxed by the fox spirit Daji.

If there are to be any major complaints with JZY, it’s that it can feel overstuffed.

The film has a lot of lore and mythological background. This can feel overwhelming to viewers unfamiliar with Chinese myth.

The abilities and powers of the characters are also never really laid out. For example, at one part of the film, a character suddenly reveals he can change shape, which was barely hinted at before. This feels very jarring.

But these are minor issues, and JZY is definitely worth the time watching.

There is also a post credit scene, which doesn’t expand the story at all, but is hilarious and features some surprise appearances. And don’t worry about missing it: the film actually shows us a card telling us to wait for this scene. How very considerate. Please take note, Marvel Studios!

Visually satisfying, with a complex plot and fascinating characters, this film is a riveting watch. 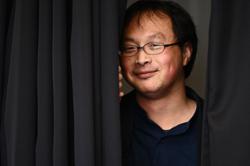