Actress Talitha Bateman was 'shocked' when hired for ‘Away’ 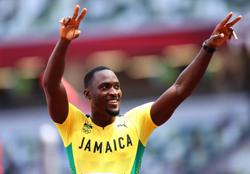 When actress Talitha Bateman auditioned for the role of Alexis, the teenage daughter to Hilary Swank’s character in the series Away, she didn’t feel confident she’d get it.

The 19-year-old Californian who has starred in films like Annabelle: Creation, The 5th Wave and Geostorm told Starlifestyle: “I was really excited to even audition for it because how they wrote Alexis. But it felt like a little out of my reach.

“And then when I did get it, I was just completely shocked and so excited to work with Hilary and some of the other people who were involved in it too like (director) Ed Zwick.

“I was just... I honestly was like, in shock. I couldn't believe it for a good month, ” recalled Bateman during the video interview.

Away is a 10-episode Netflix series centring on a family where mum (Swank) is an astronaut and commander of the first mission to Mars. When her dad falls ill and mum's not around, 15-year-old Alexis has to grow up quickly to handle the family crisis.

Besides the family drama which begins with the launch of the three-year mission to Mars, there is also drama on the spaceship heading to the Red Planet, as the five astronauts of different nationalities carry the weight of the world to complete the mission successfully, at all cost.

For the young Bateman, one of the best parts about acting in Away was getting a chance to work with many different people on many different sets. All of the people involved, Bateman shared, turned out to be great.

She said: “Generally, there's like one person on set you don't really get along with... one person who will kind of, not ruin the experience, but taint it.

“And honestly, on Away, there wasn't one. There wasn’t one member whom I didn’t like, one person who didn’t go out of their way to be kind to me and asked how I was doing every single day.

“It was nice to work with people who are just generally humble, kind and talented as well. 'Away' tells of the relationship between mother and daughter that will not be broken no matter how far apart they are.

As for why the audience should check out Away, Bateman said: “I think because it's not just a space drama, there's so much more to it. It's so character driven.

“I think it's written so beautifully, and all the actors perform just so well. And I love the different cultures that are represented on screen.

“I personally learned a lot about certain cultures that I didn’t know about ... And I think a lot of people will watch and feel happy that they are represented on screen and feel connected to certain characters." 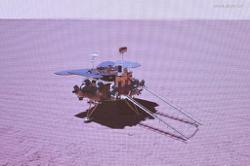