'Let's see who is having a worse day. You or me?' Photos Netflix

The puzzles in Enola Holmes are not especially difficult, but they're enough to stump the great Sherlock Holmes (played here by Man Of Steel star Henry Cavill).

To solve this particular mystery – which involves the disappearance of the detective's mother Eudoria (Helena Bonham Carter) – will require an even sharper intellect than Sherlock's, which we find in the form of his spunky younger sister, Enola (Millie Bobby Brown of Stranger Things), an untamed country wildflower who has spent her first 16 years on earth preparing for just such a case, though she didn't realise it at the time.

Enola may not be couth or the slightest bit ladylike, but her lack of refinement makes her uniquely suited to the kind of sleuthing this franchise-ready Netflix feature requires.

It takes someone impervious to late-19th-century gender norms to disguise herself as a boy, for example; trained in the art of jiu-jitsu to challenge gun-wielding villains with her bare hands; and optimistic (or else naive) enough to believe she can do anything, to do everything this challenge demands.

A socially awkward character who's not the slightest bit uncomfortable on camera, Enola serves as her own narrator, frequently breaking the fourth wall as she speaks to the audience, or shoots knowing looks in our direction – a style obviously modelled after the confidential "just between us" tone Bradbeer and star Phoebe Waller-Bridge struck in Fleabag.

Enola Holmes offers a different kind of feminism from that game-changing show, based less in accepting women with all their flaws than in the conviction that men have bossed around long enough, and it's time to make room for other people.

Centred around a long-haired runaway lord (Louis Partridge) and the passage of Great Britain's Representation of the People Act 1884 (which paved the way for women's suffrage a quarter-century later), the movie has contemporary issues of gender equality on the mind – and an endearingly radical protagonist in Enola.

Although it was her mother's unexplained sortie that prompted her adventure, it's the equally peculiar appearance of Partridge's character – a cute young lord entitled Viscount Tewkesbury, Marquess of Basilwether – that consumes her attention for much of the film.

After rescuing this "useless boy" from an assassin (Burn Gorman), Enola goes her own way, only to recognise that they're both on the run from their respective families.

His wants him dead, and hers – eldest brother Mycroft (Sam Claflin) in particular – aims to send her to a finishing school for young ladies. 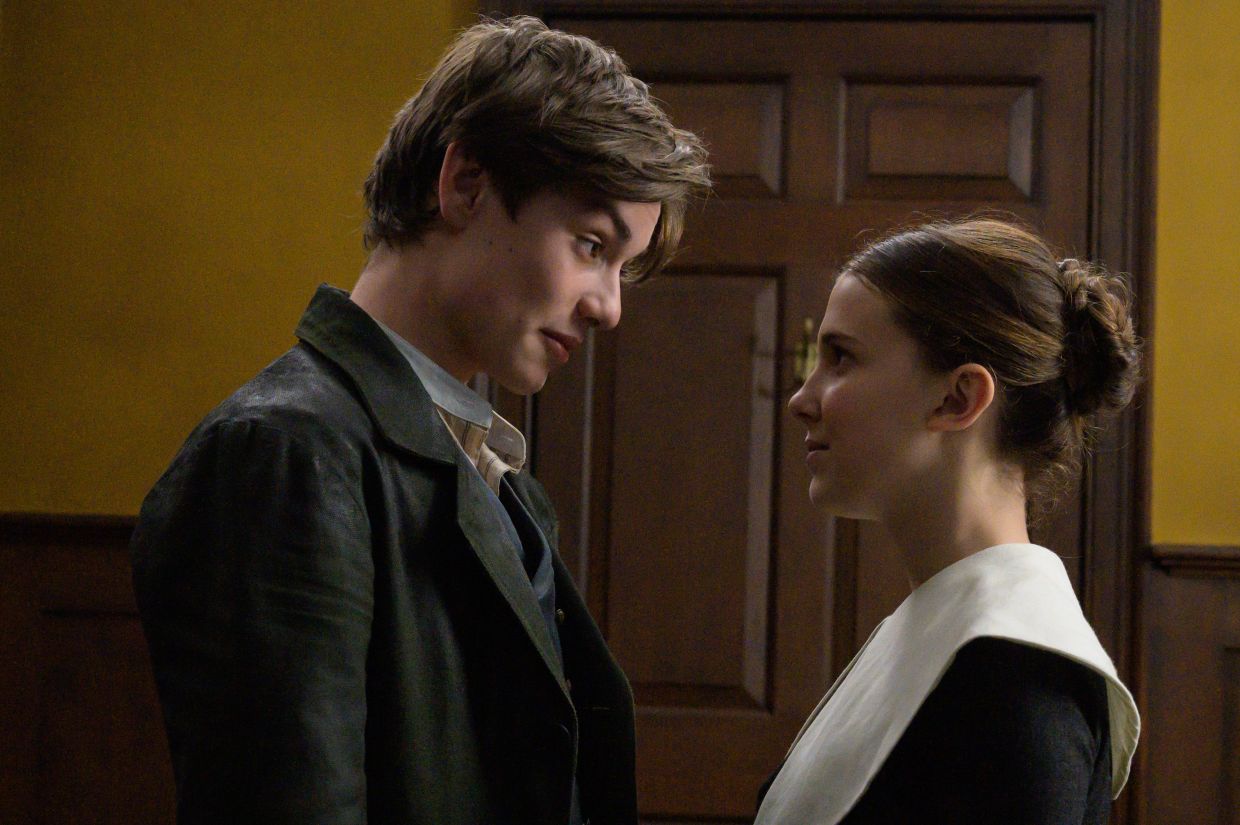 'Who do I call to get a slot in 'Stranger Things'?'

While the project may be British, it could hardly be a coincidence that a story hinging on this decisive vote over the Reform Act should land within weeks of America's most important election in decades.

And what could be more empowering than the film's twin messages?

First,"you are not alone" should resonate with the young women in the audience. Enola (whose name, we're too-frequently reminded, is "alone" spelled backwards) becomes a symbol of solidarity for those who feel like outsiders in their nonconformity.

And the second, for those old enough to impact elections: "Every vote counts," a concept at the heart of her mother's disappearance.

"You don't know what it is to be out of power," one of Eudoria's female friends scolds Sherlock, doing that distinctly 2020 thing of calling out a prominent man on his privilege.

"You have no interest in changing a world that suits you so well."

This may be true, but it's something of a shock to watch the great Sherlock Holmes – a forward-thinking man of science and reason who pioneered the field of forensic investigation – depicted as little more than a self-interested pretty boy, sympathetic to his 20-years-younger sister yet hopelessly behind the progressive attitudes that Enola embodies.

It's one thing to be dismissive of Mycroft, but the casting of Cavill turns the iconic Sherlock character into what we might call a "metrosexual" today: worked-out and so meticulously well-groomed he could be easily mistaken for gay – a far cry from the tweed-clad, deerstalker-capped dandy of yore. 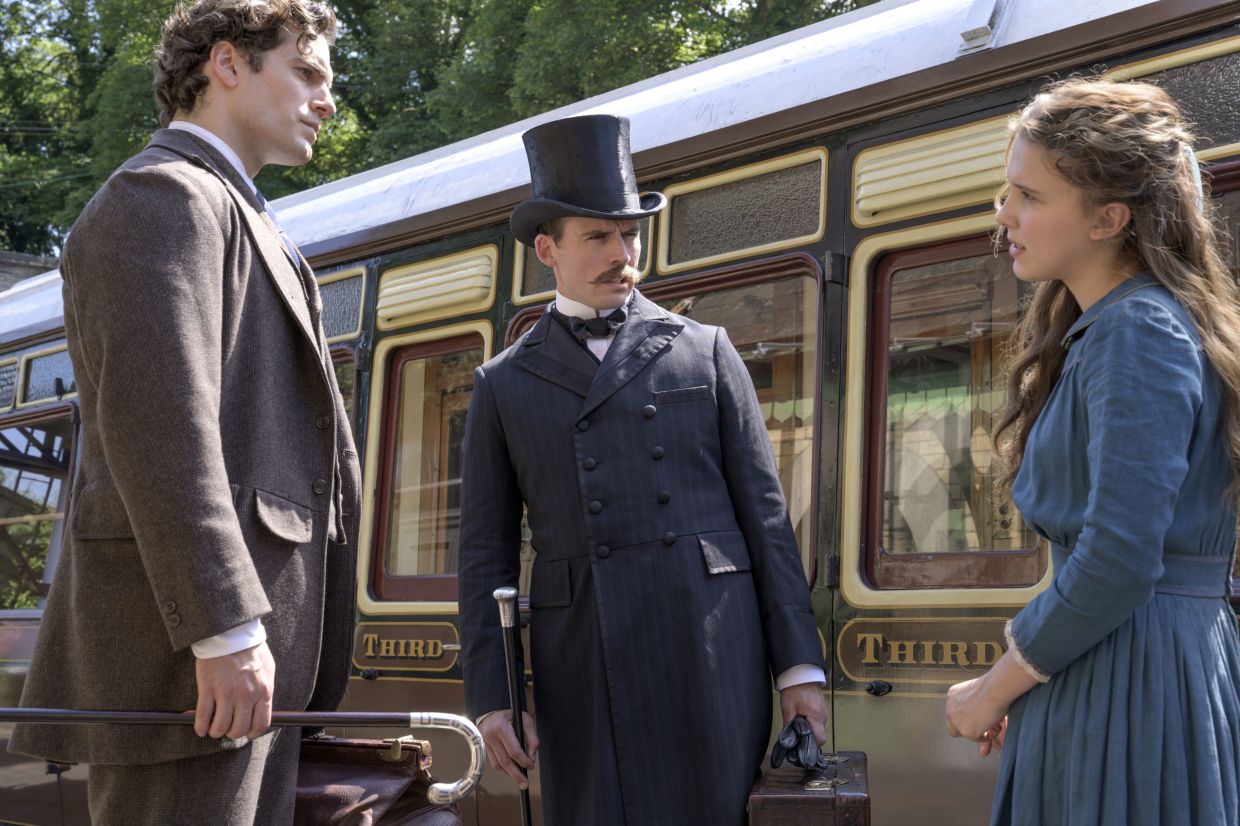 'And where is Benedict Cumberbatch?'

On the other hand, Brown (who could pass for Sherlock star Benedict Cumberbatch's sister) brings some of the awkwardness we traditionally associate with the autism-afflicted detective to her role: Enola was never indoctrinated in the ways of polite society by her mother, and as such, she's meant to represent female intellect in its natural, unrepressed state.

Her performance may be incongruous with the era, but that's hardly a bad thing.

Brown's acting style recalls the effusive spontaneity Keira Knightley brought to Sense And Sensibility, shattering the straight-laced propriety of so many Jane Austen adaptations before it.

Here's a Victorian movie in which he never once hear the sound of a teacup rattling. Rather, we're treated to a smorgasbord of door bashing, car crashing and head smashing – not to mention a warehouse full of explosives flashing the most spectacular fireworks show London has seen to that point.

What's missing is the simple satisfaction of solving a case. Apart from using her noggin to untangle an early clue involving her mum's chrysanthemums, Enola does most of her detective work on the fly, relying either on her memory or her emotions to steer her.

Enola Holmes seems every bit as suited to sequels as that franchise, and could benefit from follow-ups, since it ends with the Tewkesbury case resolved, and much about Mrs Holmes' motives still in need of further investigation. – Peter Debruge/Reuters

Enola Holmes will be available on Netflix on Sept 23.

'Bill & Ted Face The Music' review: The excellent dudes party on like it's 1991