Who needs credible villains to fight when you can strike dramatic, picturesque poses like this? Photos: GSC Movies

Terrible things happen in the course of the psychological thriller Antebellum, and some of them do shock the viewer in unexpected ways – the film’s derivative Silence Of The Lambs-inspired poster aside.

Perhaps the most terrible thing, however, was the M. Night Shyamalan flashback it triggered for me, and not to one of his better concepts at that.

This feature film directing debut from Gerard Bush and Christopher Renz (who jointly wrote the screenplay and have numerous social justice-themed short film credits between them) dearly wants to matter and make a difference.

It opens with William Faulkner’s oft-quoted line “The past is never dead. It’s not even past.” ‘There are days when I wish I’d signed up for Django Unchained instead.’

Then, to music that is both sweeping yet dirge-like, we witness the horrors of slavery on a Southern plantation during the American Civil War.

Casual acts of rape, torture and murder are committed, before we are quite rudely and abruptly whisked to the present day to follow the hectic life of activist-author-speaker Veronica Henley (Janelle Monae, Hidden Figures).

Through whose eyes – or rather, the eyes of a slave named Eden, also played by Monae – we just watched the first half-hour of the film.

Confused yet? A little disoriented? It’s all quite intentional, and close attention should be paid to the message Veronica is trying to get out there – as well as the opposition she faces in her crusade – in order to appreciate what is happening to Eden.

That’s about as far as we can go here without venturing into forbidden (a.k.a. spoiler) territory.

After all, the title itself means “before the war” in Latin and more specifically in contemporary usage, before the American Civil War, to denote an era of entitlement and slavery.

Given recent widely publicised incidents, it doesn’t take a bleeding heart to note how little things have changed, deep down, in the 155 years since the war ended.

And besides, it’s not like we have to hop on a plane to experience similar prejudices, also hardly changing despite the passage of decades. And that does not necessarily mean what you might be thinking.

So yes, this movie has strong elements of inclusivity and #BlackLivesMatter, and as we noted earlier, it really wants to mean something.

On the strength of Monae’s spirited and emotive performance, it gets halfway there. Or perhaps that should be “performances”, for how distinctively different Eden and Veronica are from each other.

But the further Bush and Renz get into the story, the more they forgo opportunities to actually delve into the unchanging nature of racism, instead pandering to the requirements of their chosen framework, the psychological thriller. ‘I can’t sleep, Mommy … tell me that bedtime story again, about the brother named Chris who went to visit his white girlfriend’s parents for the weekend.’

There are, after all, villains to vanquish and a cathartic venting of all the victimised individuals’ pent-up emotions is surely in order.

Much like Jordan Peele’s Get Out, which worked for me because it had one central mystery and peeled away its shroud one layer at a time in a tantalising and semi-satirical, borderline hysterical manner.

Unlike that movie, Antebellum tries too hard to be clever about its mystery, in the way it structures its various acts and harks back to its opening Faulkner quote, and its message comes across muted as a result.

It also could do with some depth to its villains, who are rendered as less than passably human; they merely go through the motions of committing atrocities and blurting out their motivations in the middle of fight scenes and chase sequences.

With such shallow opposition to anchor them, even the best-realised protagonists would be cast adrift – and feel much like the viewer, coming out of this.

‘Bad’ people need to be human too

Coming soon: Go on a mind-bending trip with Antebellum out Sept 10 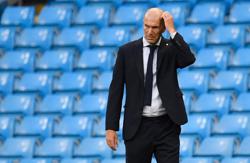