(From left) Actors Bruce Lee, Donnie Yen and Maggie Q are known for their beginnings in the Hong Kong film industry. Photos: YouTube

When South Korean film Parasite was named Best Picture at this year’s Oscars, it became the first Asian film to receive this honour.

While it remains to be seen what this ultimately means for Asian community in the film industry, the win clearly signals that Hollywood is finally getting over its enclosed view and is willing to be more inclusive in the story it tells, and the people populating its industry.

This is truly good news, as there was a time when Asian Americans couldn’t get a foot in to the Hollywood showbiz, no matter how fantastic they were.

In recent times actors like Masi Oka, Daniel Dae Kim, Sandra Oh and Mindy Kaling have represented Asians on American TV, and in the process made a dent in stereotypes. But for some Asian Americans, their beginnings had to happen outside of their own home country.

Nikita star Maggie Q, for example, got her break in Asia before making it in Hollywood.

During a phone interview with the actress early this year, she admits there is definitely more diversity in the American entertainment industry today. Although she sees it as a positive change, she also acknowledges the change to be more inclusive is happening because of global pressure and economics reasons, more than a mentality change.

Q told StarLifestyle: “I think that with everything, it takes time. And, for whatever reason, it’s happening right now and it’s positive. But you know, I live it every day... as a minority, I still have battles every single day.

“And I certainly don’t want to be cast because people have to fill an ethnic quota. And that happens, and will happen, because that is what people need to do. I think that we need to get back to just casting the best actors (for the role) and being open.

“In my career, I’ve always fought to be in rooms that they never wanted to see me in. If it was an Asian role, I always said, you know, give it to whoever you want. I want to go into a room where you’re not even considering an Asian for the role, and I want to fight for that.

“That’s always been my mandate in Hollywood. It’s always been a struggle and it continues to be a struggle, but that’s OK because I’m a fighter in my heart and I’m willing to fight the fight.”

Here we look at the 10 Asian Americans who also fought their way by venturing out of the United States to kick off their careers in showbiz. 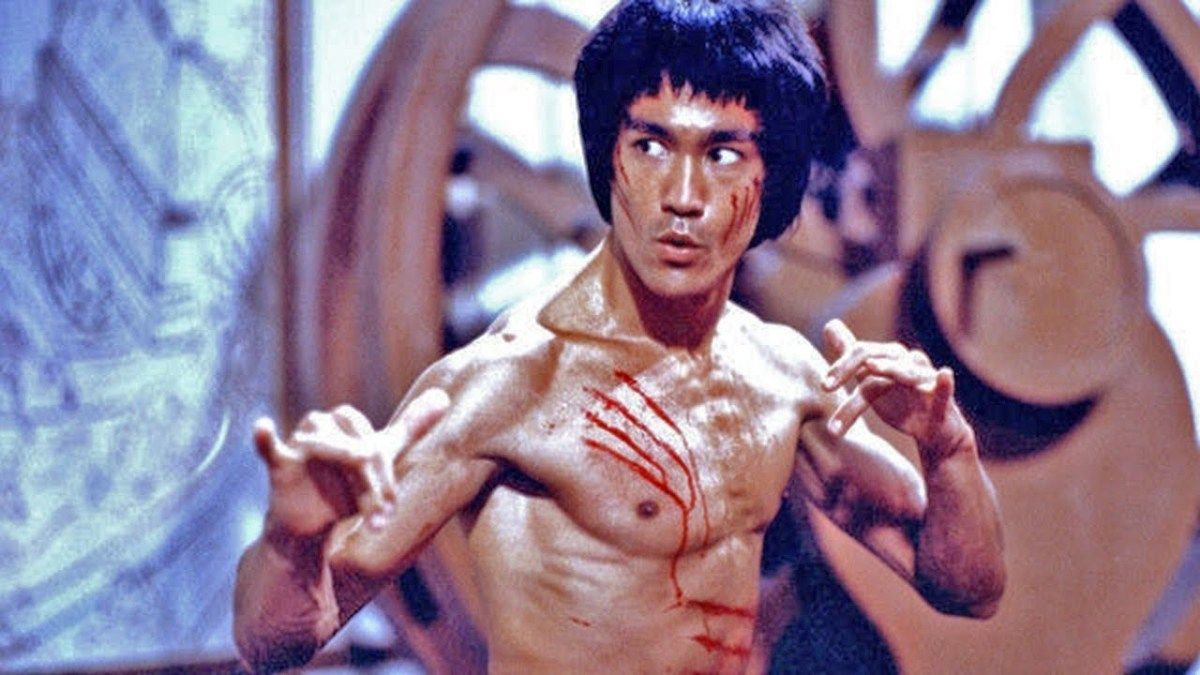 Although he was born in San Francisco, California, Lee grew up in Hong Kong, and became involved in Hong Kong film industry as a child actor.

His introduction to martial arts also started on the island. However, he was sent back to the US to further his education and to avoid trouble in Hong Kong. In the US, he started teaching martial arts, which got him in to American TV, namely The Green Hornet playing the sidekick Kato. The show was cancelled after just one season, but Lee became somewhat famous and this led to other guest star work on American TV.

Nothing came much of it, though. Lee’s bright star truly shone when he went back to Hong Kong where he had a huge following due to The Green Hornet and was approached to be the main actor of the film The Big Boss. That paved way for Fists Of Fury and The Way Of The Dragon. Soon Hollywood came knocking.

But Lee’s career ended suddenly when he died on July 20,1973 due to cerebral edema at the age of 32. His legacy, however, still lives on till today. 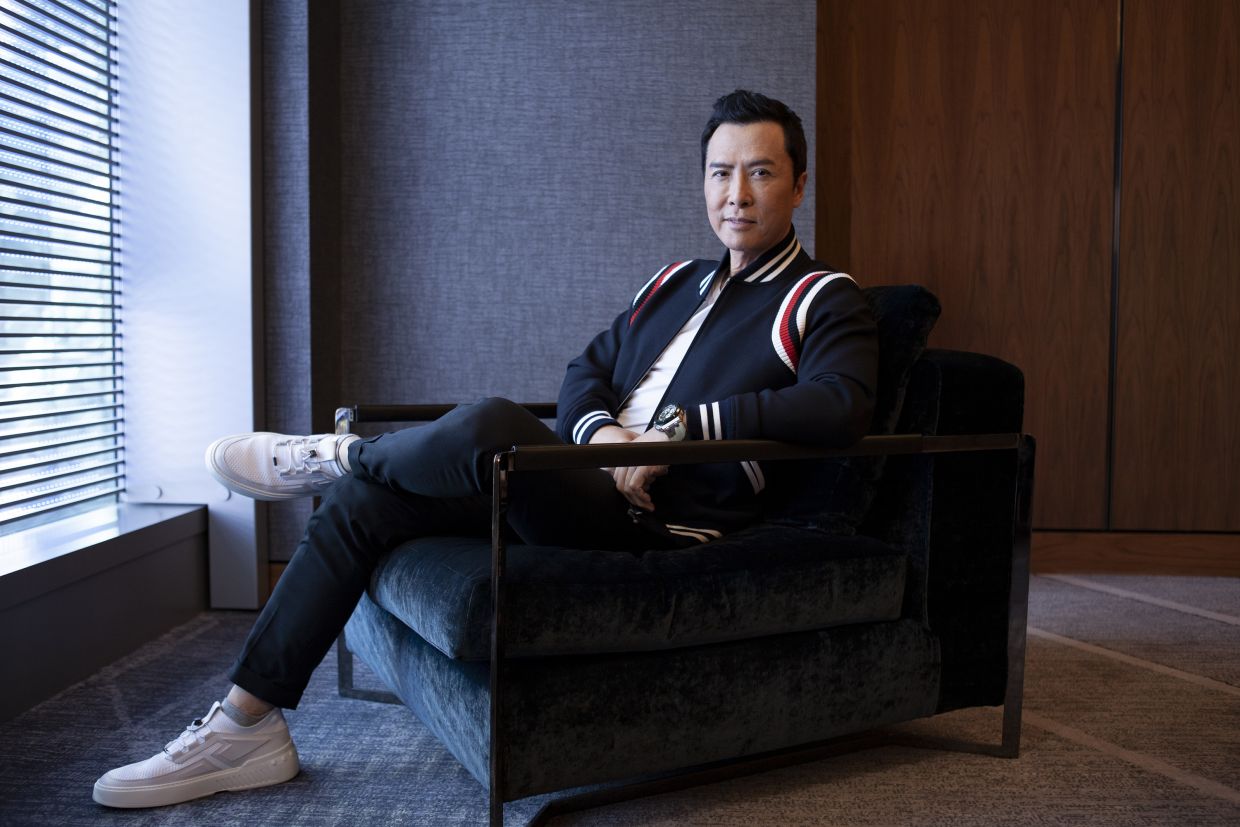 Born in China, Yen grew up in Hong Kong, before the family moved to the US, and the then 11-year-old Yen became an American citizen.

His career in showbiz was totally accidental in that he was on his way back to the US from a martial arts school in Beijing, via Hong Kong, when he met action choreographer-director Yuen Woo Ping.

Yuen cast Yen as the lead actor in the film Drunken Tai Chi, and a new star was born.

We all have our favourite Donnie Yen films from the long list of projects he has done. Of course, Hollywood took notice too. The actor choreographed action sequences for Highlander: Endgame and Blade 2, as well as starred in them.

(Note: In 2009, Yen changed his nationality back to Chinese). Unlike them, Wu had no intent of a career in showbiz; his university major was in architecture.

Nonetheless, while visiting Hong Kong in 1997, Wu began a modelling career there for financial reason, which led to a film career.

From 1998 till 2015, he worked nonstop establishing himself in Hong Kong films like Gen-X Cops, 2000AD, Naked Weapon and New Police Story.

In 2016, Wu started juggling Hollywood films (Geostorm, Tomb Raider) along with Hong Kong movies. Perhaps the biggest turn happened when he became the executive producer and star of US TV series Into The Badlands.

Thanks to his dual background, the 45-year-old was able to marry the Hong Kong action style in a Western setting, which made the show highly watchable. 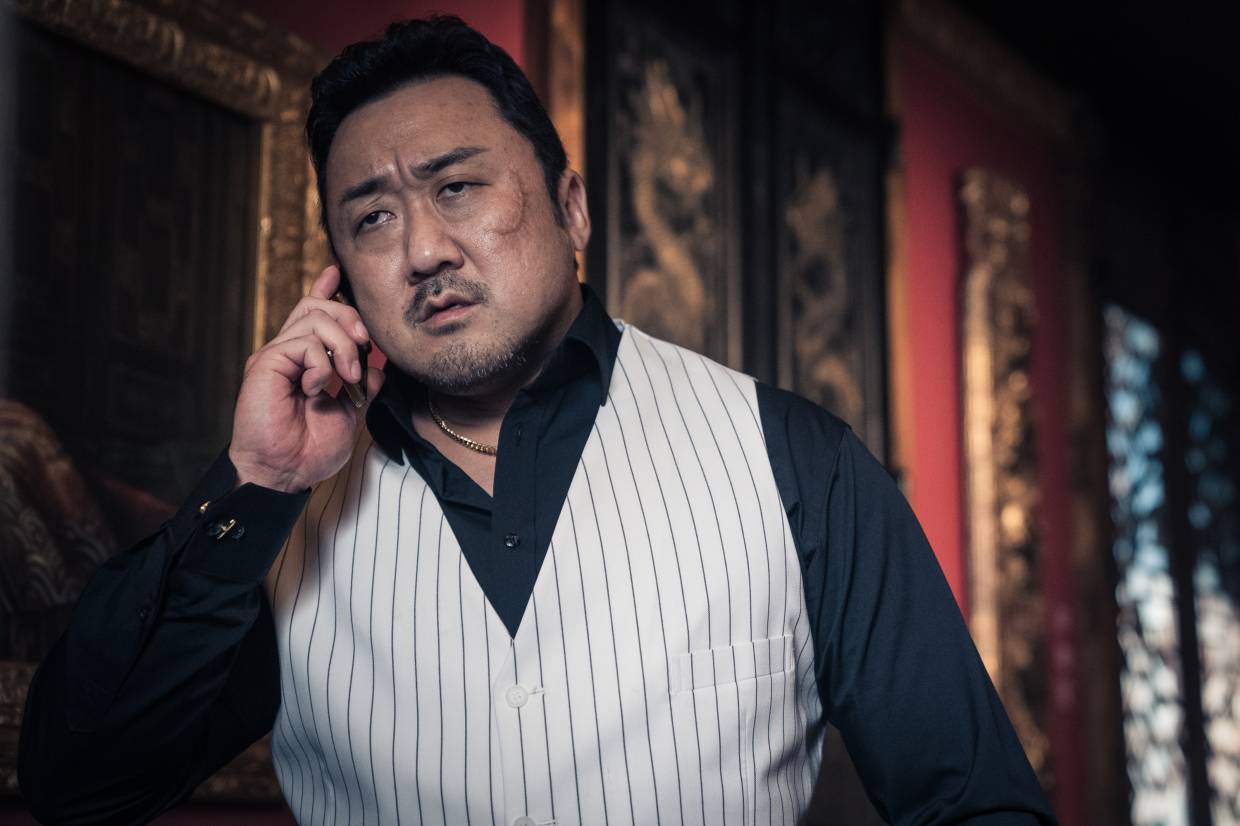 Born in South Korea, Ma became an American citizen at the age of 19 when his family moved to the US.

There he went by the name of Don Lee, and worked as a personal trainer to mixed martial fighters.

Soon, he got the acting bug and found his chance in South Korea, working his way up from cameo roles, supporting gigs (The Neighbor and Mother Vengeance) to lead roles (Norigae and One On One).

Besides working in films, he has appeared in Korean dramas Bad Guys and 38 Task Force. However, it was the 2016 smash hit Train To Busan that truly propelled him into the spotlight.

Since then he has starred in other hits including Along With The Gods: The Two Worlds, Unstoppable and Ashfall.

The 49-year-old is also one of the stars in the upcoming Marvel flick Eternals, which is headlined by Angelina Jolie and Salma Hayek. 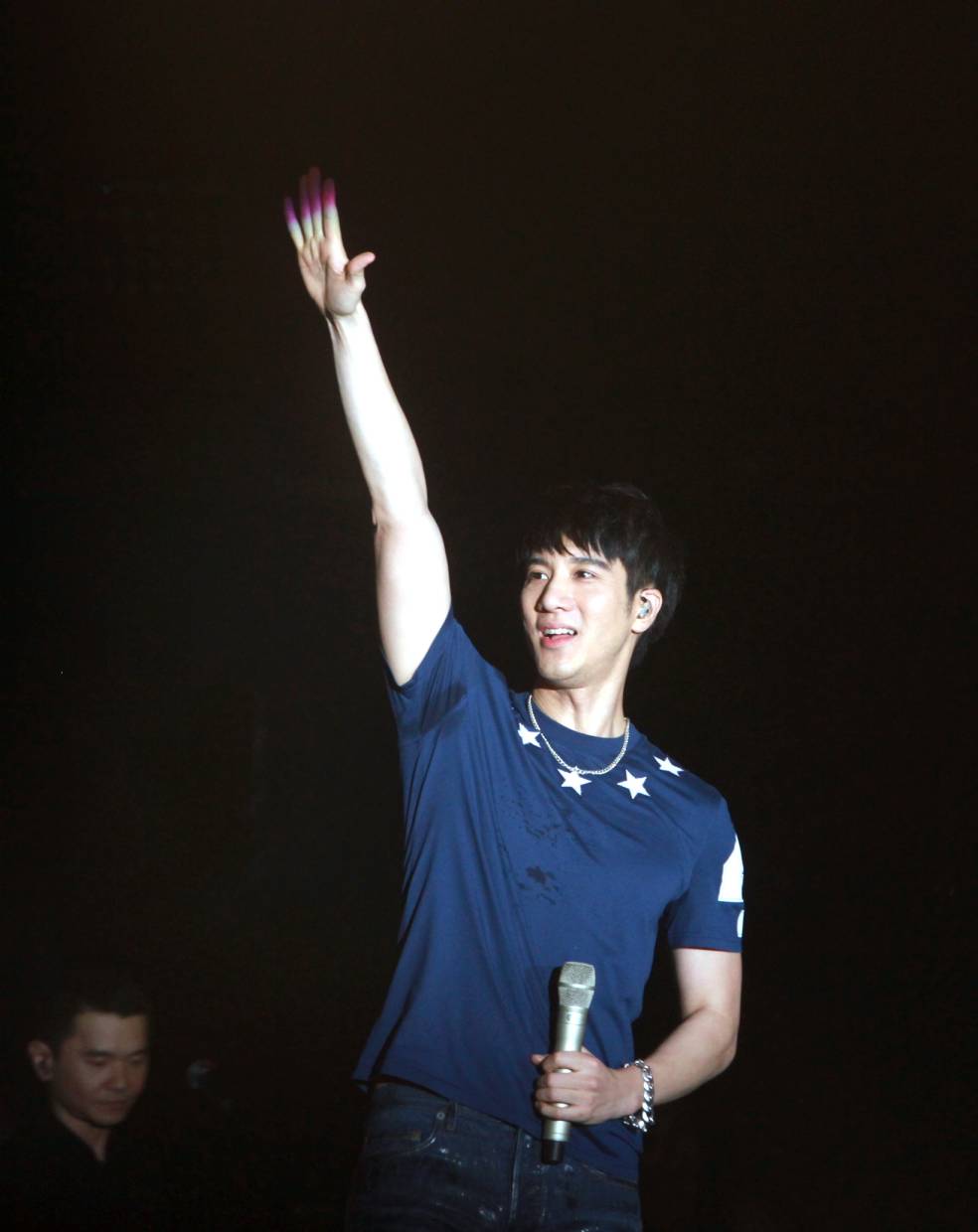 Photo: The StarBorn in New York to Taiwanese parents, Wang developed a love for music from a young age. Naturally, he wanted to pursue a career in music and, did just that by completing a double major in college in music and Asian studies.

During a visit to Taiwan at the age of 19 to visit his grandparents, Wang participated in a talent competition and was offered a recording contract.

But his debut album was not successful. He then signed on with another label, and with the right strategy he became a certified pop star gaining fans in Taiwan, Hong Kong and South-East Asia.

The 44-year-old also dabbled in acting appearing in a number of films including Ang Lee’s Lust, Caution. Photo: AFPBorn in Hong Kong, Lee became an American at the age of nine when her mother moved her and her two older sisters to San Francisco.

Lee’s venture in to Canto/Mando pop scene began when, as a 17-year-old, she visited Hong Kong to support her sister in the Miss Hong Kong pageant. While there, she took part in a talent show. The very next day, Lee was offered a recording contract.

In her career as a singer she has released multiple albums in Mandarin, Cantonese and English. The 45-year-old has also dabbled in films and TV productions, namely singing reality shows either as a judge or guest performer.

Lee was also the voice of Fa Mulan in the Mandarin version of Disney’s animated flick, Mulan (1998). For the film too, she sang both the English and Mandarin track titled Reflection.

In 2001, Lee performed at the Oscars for the Best Original Song nominee A Love Before Time from the movie Crouching Tiger, Hidden Dragon.

Born in Edmonds, Washington, the Korean American became famous as a member of the K-pop group 2PM in 2008. 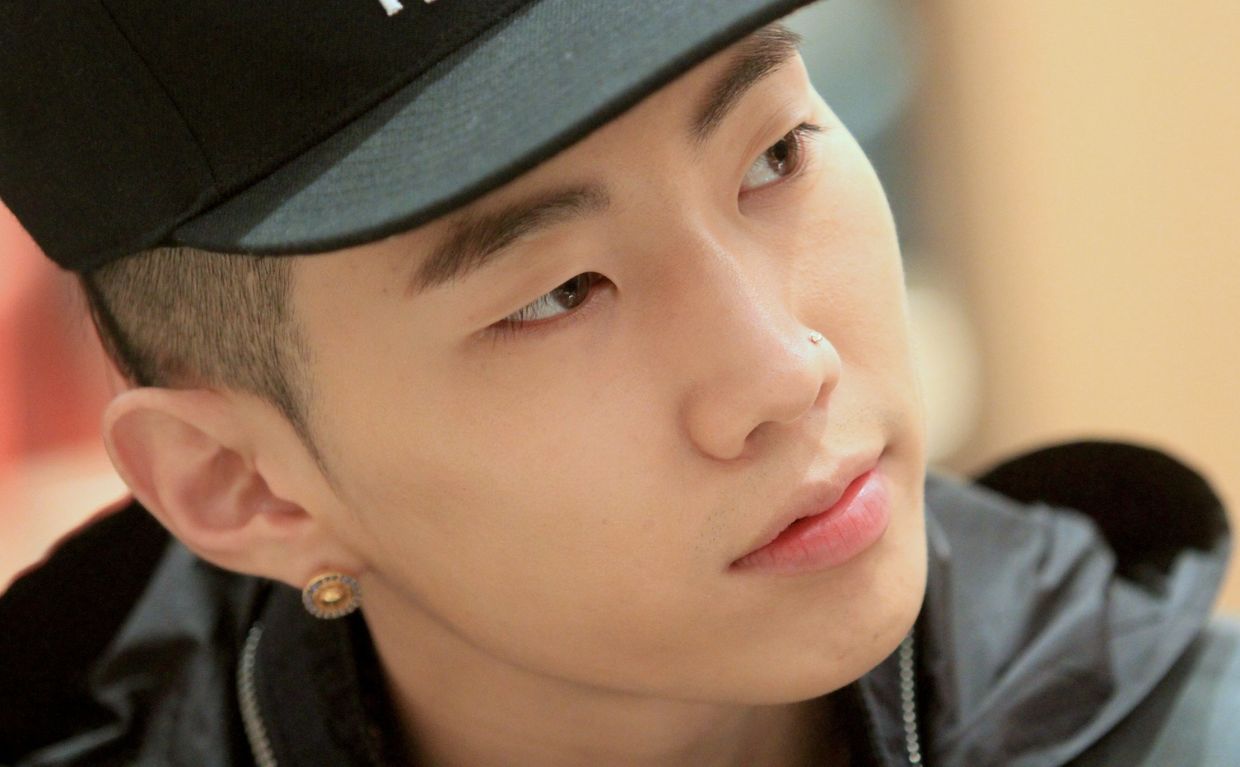 Photo: The StarBut his exposure to music started way before that, showing an affinity for hip-hop music and breakdancing as a teenager, and becoming a member of the Seattle based b-boy crew Art Of Movement.

His career in South Korea ran into some trouble in 2009, that he decided to exit 2PM and return to the US, where Park focused on working with Art Of Movement.

However, Korean fans would not let him go. So, he returned for the filming of Hype Nation (2010). That same year, Park signed with a South Korean agency as a solo singer and an actor, and he started charting a new path for himself as a non-idol.

Park also established his own entertainment company, AOMG. Presently the 33-year-old remains a busy artiste; just last year, he was seen as the judge for Asia’s Got Talent and he also completed a tour, Jay Park 2019 World Tour Sexy 4EVA In Asia. 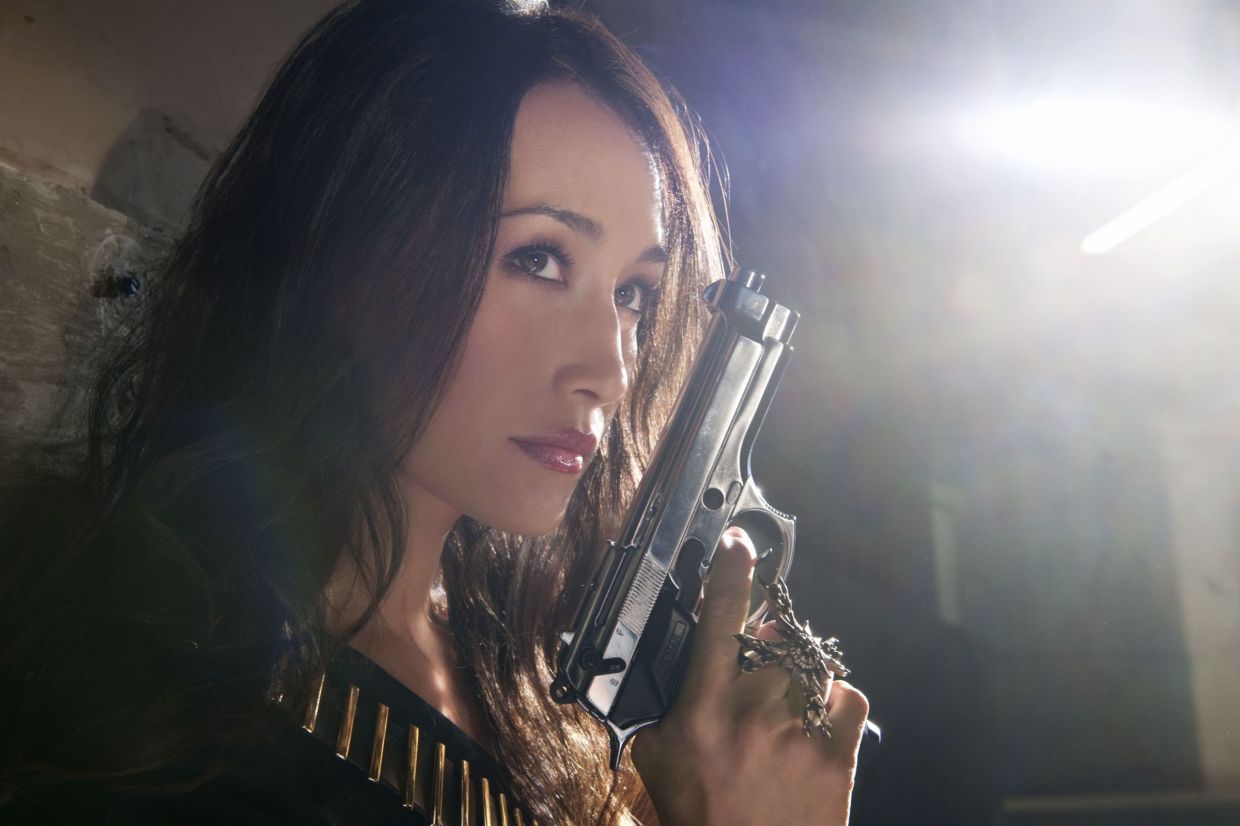 Born in Hawaii to her Irish-Polish dad and Vietnamese mum, Margaret Denise Quigley ventured to Asia with the hopes of earning enough cash through modelling to finance her tertiary studies.

Q’s journey began in Japan, then in Taiwan with no real success before finally landing in Hong Kong. Although she didn’t speak any Chinese or knew martial arts, she was spotted by none other than Jackie Chan.

In the seven years Q was in Hong Kong, she learned martial arts and to fake-speak Cantonese (by remembering her lines phonetically). She also appeared in films like Gen-Y Cops, Naked Weapon and Dragon Squad.

Today, while Hong Kong has a special place in her heart, her career is based in the US starting from 2005 when she had a memorable role in Mission: Impossible III.

Over the years, she has been in various Hollywood films (Priest, The Divergent Series, Fantasy Island) as well as American TV (Nikita, Designated Survivor). Photo: APThis Chinese-born American is currently playing Mulan in the Disney live-action film Mulan. Born in Wuhan, Hubei, China, Liu moved to the Queens, New York City, US with her mum when she was ten.

After getting her American citizenship, Liu went back to China to study arts there and pursue an acting career. At just 18 years old, Liu – who is now 33 – gained popularity through the drama series Chinese Paladin, and later The Return Of The Condor Heroes.

Since then, she’s been dubbed as one of China’s sweethearts.

Although Mulan may introduce her to a wider American viewers, the model-singer-actress has juggled acting gigs both in the US (The Forbidden Kingdom, Outcast, The Chinese Widow) and China since 2007. 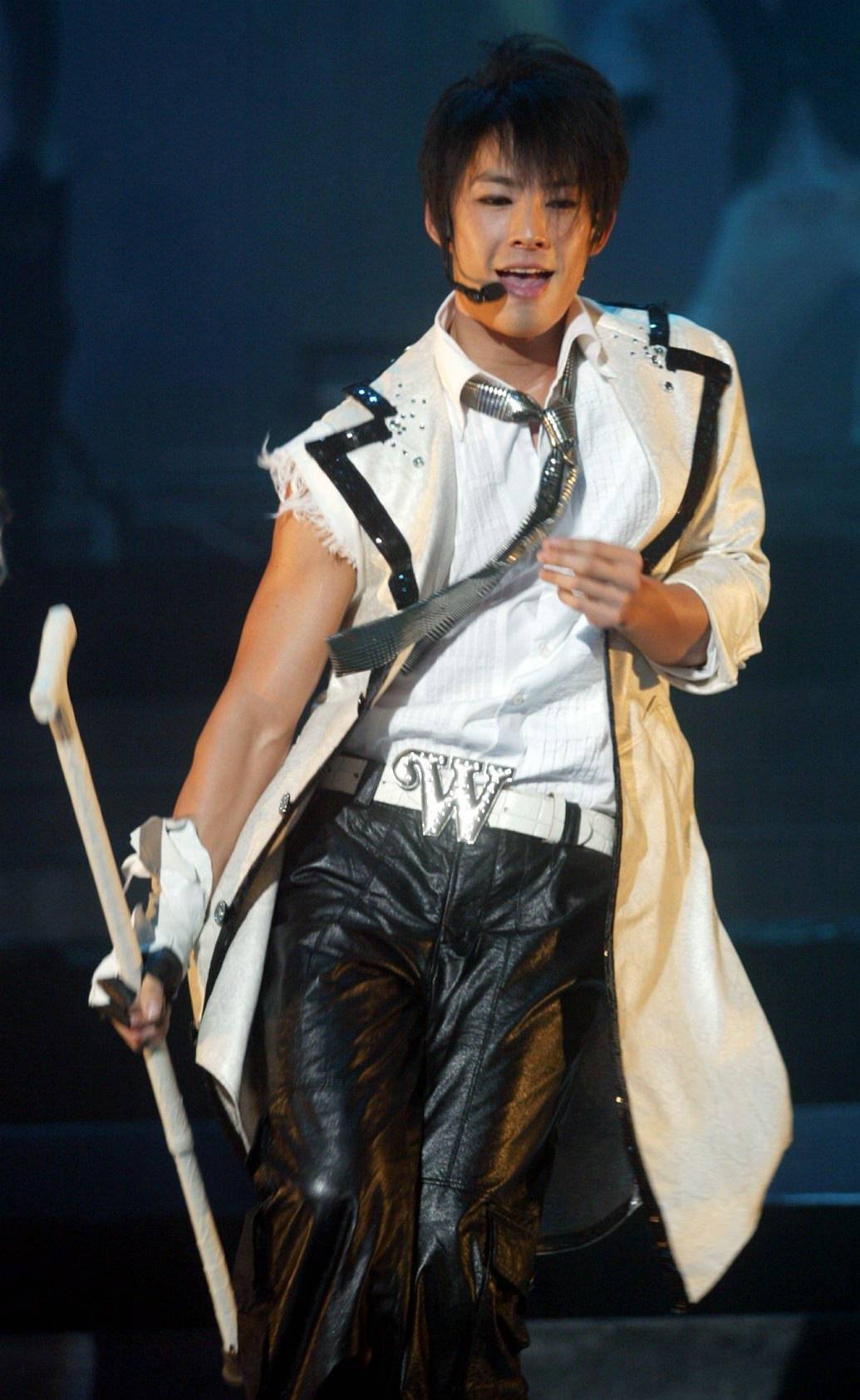 Photo: The StarBorn in California, the Taiwanese American propelled to stardom after starring in the 2001 Taiwanese hit drama, Meteor Garden, which resulted in the formation of the Taiwanese boy band F4.

Being fluent in Mandarin, Cantonese, Japanese, Korean, English and Spanish allowed Wu to release albums in other languages, exploring J-pop and K-pop as well.

Besides F4 and a solo career, Wu was also member of the duo, Kangta & Vanness (Kangta is a Korean singer from the group H.O.T.).

His other collaboration is with Beyonce (for the Asian version of Crazy In Love, in which Wu raps in Mandarin instead of Jay Z) and working with Ryan Tedder from OneRepublic, Bruno Mars and Justin Michael.

Not confined to just singing, the 42-year-old also director, producer and actor. His most recent role was in the film Ip Man 4.

A Malaysian's guide to rediscovering Bruce Lee’s hometown in Shunde